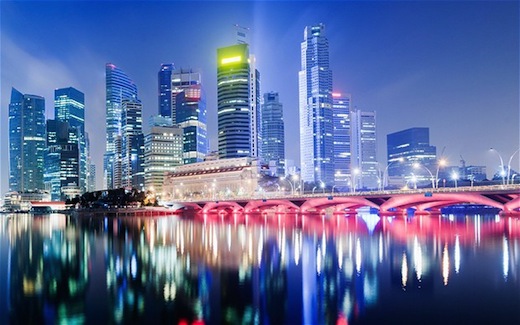 The notion of psychogeography is an obvious, but important one. The way people feel when they’re in or close to a building is crucial to what they do when they’re around that space.

Wikipedia describes it as ‘whole toy box full of playful, inventive strategies for exploring cities... just about anything that takes pedestrians off their predictable paths and jolts them into a new awareness of the urban landscape’.

That’s not exactly what long-distance commuters into London think of when they disembark at London Bridge station and are about to walk away from the shadow of the tyrannical Shard building, but it’s an attractive description.

The cities of the future are likely to have a psychogeographical feel to them, as are the buildings that are in them. Transportation systems that take them around the city will be just as important as where they decide to walk; it is certain they will be very different to the cities we live in today.

This also applies to the way we will work in Smart Cities, that is if we work in them at all. Working smart has always been more productive way than working hard and while this is true now to those who have used the internet to their advantage, the lines between work and leisure will become even more blurred than they are today.

Presently people commute at the busiest times of the day, at the most expensive times of the day and in conditions that really are cattle class; pigs on the way to slaughter are treated better than this. This is something that cannot last and will thankfully be consigned to the past.

Moreover, the pressure of a crowded city bus or an overburdened metro or underground system will be alleviated by integrated transport systems that will change the shape and breadth of cities.

“An essential attribute of Smart Cities is ‘multi-modal mobility’ - this means parking, buses, trams, the underground, trains, car sharing and vehicle hire all being integrated in the same system.

‘That means transitioning from one means of transport to another in a seamless way and the city itself proposing customised mobility options to citizens that they can choose from. To make this a technical reality you need to gather and fuse data from multiple systems that today sits in separate silos.”, said Monica Beltrametti, VP, Director Xerox Research Centre Europe.

These ‘silos’ are well known. Timetables that don’t sync, cycle paths that are dangerous and ridiculously high parking charges are factors that turn people away from urban areas; a truly Smart City will attract people to the area.

Then there is the ‘office’, the workplace that will be revolutionised by the internet of things and machine-to-machine communication. For those who are not working from home, the new office may even prove to be a more efficient and leisured experience than that enjoyed domestically.

Self-aware technology and networks will become increasingly prevalent as the cost of sensor technology reaches a nadir. BYOD (Bring Your Own Device) will become as hackneyed as using a typewriter. The cloud will do more powerful and weird things; unimaginable things within the next decade.

Collaboration technology provider Avaya works to make their more intelligent in the city as well as brownfield and greenfield sites; they are passionate believers that smart buildings will be the workplaces of the future.

“The impact of smart buildings on our daily places of work could be profound. Imagine a workspace that’s aware of you as an individual – whether you’re an employee, partner, customer or supplier. Imagine an office that recognises who is entering the building, what physical access they require, what devices they have with them, and what information they might need.

“What’s more, this office knows your preferences for light, temperature and room type. It will alert you when someone who might be useful to a project you’re working on enters the building; and even automatically set up a meeting with that person. This is the world of smart buildings”, says Michael Bayer, President EMEA, Avaya.

A future of Smart Cities and Buildings that make are life easier and more pleasant seems inevitable and hopefully its psychogeographic power will allow city-citizens to move, think, co-operate and work in ways that will be smart, very smart indeed.