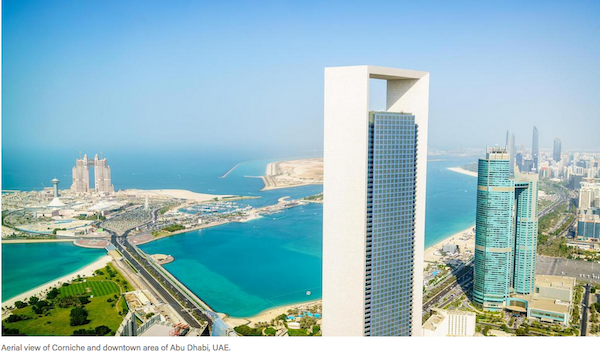 New parks and cycle paths will be created, transport links improved and efforts made to safeguard residents against the searing summer heat as part of an ambitious Dh5 billion drive to improve quality of life in Abu Dhabi.

A total of 300 initiatives aimed at making the capital one of the most liveable cities in the world by 2021 are being rolled out by the Abu Dhabi government.

The series of projects are being spearheaded by Abu Dhabi Department of Urban Planning and Municipalities under the Ghadan 21 banner - a Dh50 billion stimulus package announced last year to accelerate the growth of the emirate's economy.

The Abu Dhabi government's Ghadan 21 investment programme is designed to bolster the capital's competitiveness in four areas — business and investment, society, knowledge and innovation, and liveability.

The 300 initiatives, 177 of which will be launched in Abu Dhabi city with the rest in Al Ain and Al Dhafrah, in the Western region, are covered under the liveability section of the package, which aims to improve the quality of life of people in Abu Dhabi.

The projects are currently in the planning phase, with work due to start on 20 this year.

“We invited innovators, inventors and thinkers, experts in different areas to see how we could enhance the city,” said Mohammad Al Khadr Al Ahmed, executive director for strategic affairs at DPM.

“And then we gathered everything and came up with this very ambitious plan.”

The initiatives include plans to address the emirate’s stifling summer heat, with initiatives such as better shading, more trees and even breeze machines in some areas.

In addition, 11 parks will be upgraded in Abu Dhabi city by installing new playgrounds, retail, climbing walls and sports areas, and other features. Three special themed parks will be built, including Heritage Park along the Corniche, which will include sculptures and elevated pedestrian walkways and plazas.

“We are also doing a major project on the Corniche where we will create new activities and connect the parks,” said Mr Al Ahmed.

In addition, new cycle paths will be created, along with a 45km-long continuous exercise trail track.

Plans to enhance transport in the city include a network of water taxi routes, which will be served by 50 taxis connecting more than 10 areas and attractions.

“The cultural district is very important, so it will be included in the route of the water taxis,” said Mr Al Ahmed.

“But we are discussing where the stations will be and how they will look. We already have the initial station design, the routes and the type of boat we will use.”

A number of the city’s busiest roads will also be upgraded, including the Corniche and Airport Road, where plans will be put in place to increase walkability, improve traffic and install sculptures.

Street art will also be introduced in parts of the city, such as along main roads.

“By harnessing technology and innovation, we are working to enhance urban environment and reducing environmental impact,” said Falah Al Ahbabi, chairman of DPM.

Ghadan 21 aims to stimulate business and investment, as well as promote economic development for the private sector and small businesses and support industry projects for the renewable energy sector.

Dh20bn of the total Dh50bn budget will be ploughed into the economy this year.