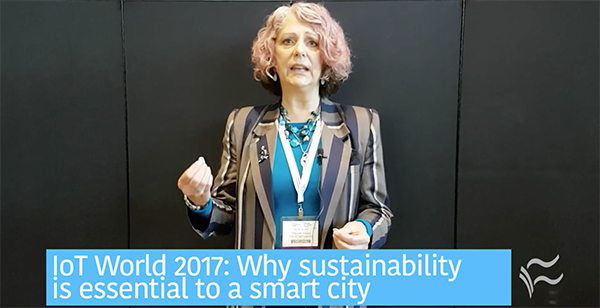 The smart city market is one of the fastest growing segments of government and is set to hit $775 billion in 2021, according to BCC Research.

In just a few years, the number of smart cities has grown from approximately two dozen to more than 100, and it's just the tip of the iceberg, with more than 600 cities set to "go smart" in the next few years.

There is increased interest in smart cities due to the convergence of information and communications technology, particularly when it comes to advanced connectivity and analytics software and hardware. This includes IoT sensors and analytics platforms to coordinate information within departments and across city agencies.

Key findings from the report include:

The downside is that there is a lot of economic pressure on cities that don't have the financial resources to add smart city technology, Sullivan said.

The two significant movements that are driving smart city technology are sustainability and creating safer cities. "The safe city concept is unifying a lot of these initiatives," Sullivan said. Video surveillance, gunshot detection technology, body cameras on police officers, and using big data to send emergency responders to the scene faster are all part of smart city technology that makes citizens safer.

"We see really arming the first responders with more data so that they can have a lot more information when they get to the scene. It compresses the amount of time it takes to respond and have the right treatment for what's going on in the environment. They're cutting out the time delay and time lag to get to these events," Sullivan said.

Terroristic threats are also better handled with first responders having more information on hand. "The technology is maturing at the same time the need is increasing," he said.

The environment is another big factor, as the political storm around climate change has pumped up the cause.

"If anything, there is a bit of a maelstrom around the environmental issues right now. It was beginning to lag and along came Trump and he reinvigorated the market in spite of, or to spite the government, because there are herculean stakes," Sullivan said.

Top three takeaways for TechRepublic readers:
1. In just a few years, the number of smart cities has grown from approximately two dozen to more than 100, and more than 600 cities are set to "go smart" in the next few years.
2. The smart city investment rate in North America will increase from $118.5 billion in 2016 to $244.5 billion in 2021.
3. There is increased interest in smart cities due to the convergence of information and communications technology.