Driving into a Smart Future 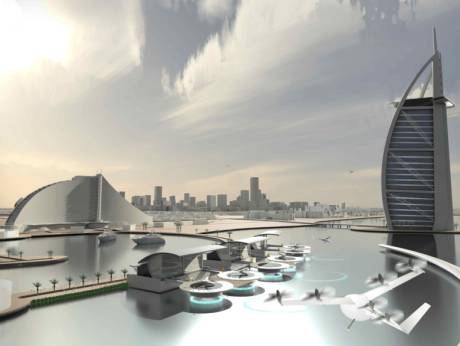 With a declared goal of covering 25 per cent of the city’s trips via autonmous vehicles by 2030, Dubai is one of the first cities in the world to have whole-heartedly embraced aritifical intelligence in its transport sector.

The goal: Covering 25 per cent of the city’s trips via autonomous vehicles by 2030.

Dubai is one of the first cities in the world to wholeheartedly embrace Artificial Intelligence (AI) in its transport sector.

The Roads and Transport Authority (RTA) earlier this year launched a Self-Driving Transport Strategy, which according to Mattar Al Tayer, director-general and chairman of the board of executive directors of RTA, paves way for future transportation systems.

Driverless bus: RTA’s trials of a driverless bus that runs on short routes have been going on since April 2016 in different locations including the Dubai World Trade Centre, Downtown Dubai and Business Bay.

Vertical take-off and landing vehicles (Vtol): Uber announced that it will begin a trial run of VToL or aerial taxis in 2020, in partnership with RTA. According to Uber, the first VToL demonstration network is expected to be ready for Dubai Expo 2020.

Autonomous Aerial Taxi (AAT): It’s an RTA project with German firm Volocopter and the support of Civil Aviation Authority. Trials of two-seater AATs will commence for the next five years to come up with rules and regulations for the new transport system.

RTA’s futuristic Enterprise Command and control centre (EC3) opened this year and is capable of keeping an eye on different modes of transport operating at the same time.