Dubai Doubles Down on Smart Technology 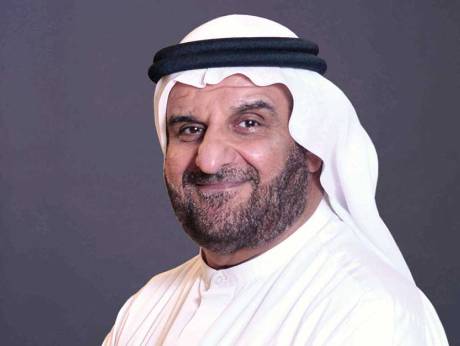 Seismic shifts in artificial intelligence and smart technological changes in the next dozen years will completely reshape the future for Dubai and beyond in which man and machine will be inseparable at home and in the workplace, suggests a raft of futurists.

Dell Technologies, for example, predicts that “emerging technologies such as artificial intelligence (AI), robotics, virtual reality, augmented reality (AR) and cloud computing, will transform our lives and how we work over the next decade.”

In its new report dubbed ‘The Next Era of Human-Machine Partnerships’ released on July 16, Dell Technologies said by 2030, the global workplace will be so transformed, that few can posit which of today’s jobs will even remain in an electronic job market of the future.

“An estimated 85 per cent of jobs in 2030 haven’t been invented yet,” said Jeremy Burton, chief marketing officer, Dell.

According to Rachel Maguire, research director, Institute for the Future, which co-authored the study, “Never before has the industry experienced so much disruption. The pace of change is real, and we’re now in a do-or-die landscape.

“We’ve been exposed to two extreme perspectives about machines and the future: the anxiety-driven issue of technological unemployment or the over-optimistic view that technology will cure all our social and environmental ills.

We need, instead, to focus on what the new relationship between technology and people could look like and how we can prepare accordingly.”

“Never before has the industry experienced so much disruption. The pace of change is very real, and we’re now in a do-or-die landscape,” said Rachel Maguire, research director, Institute for the Future which co-authored the study. “To leap ahead in the era of human-machine partnerships, every business will need to be a digital business, with software at its core. If we engage in the hard work of empowering human-machine partnerships to succeed, their impact on society will enrich us all.”

Ever-prescient Dubai is not resting on its laurels in the face of rapid change and uncertainty in the years ahead.

On July 20, the United Nations announced that Dubai has been officially designated as the Local Data Hub for the Middle East, North Africa and South Asia (Menasa) region by the UN.

The General Secretariat of the Dubai Executive Council and the World Council on City Data (WCCD) are working on a memorandum of understanding (MoU) that would confirm the designation.

As a Local Data Hub, Dubai will join a globally wired network of growing cities, a portfolio of local and regional data portals, analytics, and reports to engage stakeholders and help accelerate progress, and also serve as a dedicated platform for city-to-city learning and ‘solutions transfer’ across metropolitan, national and global contexts, with the rapidly growing network of WCCD certified cities, according to the Dubai Media Office in a statement on July 20.

Abdullah Abdul Rahman Al Shaibani, Secretary-General of the Dubai Executive Council, said the critical next step to meeting a digital global future is in line with the vision of His Highness Shaikh Mohammad Bin Rashid Al Maktoum, Vice-President and Prime Minister of the UAE and Ruler of Dubai, on a number of key long-term strategies that aim to improve a number of Dubai Plan 2021 components and help achieve the 2030 sustainable development agenda.

“Data is essential for the improvement of core city functions, and future visions, which is why global benchmarks are also necessary. As cities look to become smarter and more sustainable moving forward, and in line with Dubai’s sustainability ambitions, the success of Dubai Plan 2021 is based on a holistic and studied approach, which uses data to benchmark and inform its future,” Al Shaibani said in a statement.

Dr Aisha Bin Bishr, director-general of the Smart Dubai Office, said in a statement during the announcement that the selection is exciting.

“As the government entity tasked with ushering in an era of smart technology in the emirate, we are elated with the UN’s decision to select Dubai as a regional hub for city data in the Middle East, North Africa and South Asia [Menasa] region,” said Bin Bishr.

“This underlines the progress that Dubai has made in its smart transformation, which is now commanding global attention. We are confident that our newfound status as regional hub for city data will provide us with further momentum to carry out our plans and strategies to turn Dubai into the smartest and happiest city on the planet. Furthermore, this accolade will help us spread our success to the rest of the Menasa region, hopefully leading them by example to achieve their own smart transformation.”

“Smart Dubai 2021 is our action plan for the near future as we work to transform Dubai into a fully smart city with smart government services that make people’s lives and business dealings easier,” Bin Bishr said.

The designation [by the UN] follows a major unveiling in April of the new four-year Smart Dubai 2021 initiative that will completely digitise the city’s Big Data in the next four years and ramp up its centralised Smart Dubai Platform to become one of the happiest, most connected cities on the planet.

Smart Dubai 2021 calls for intelligent use of ICT to transform the city’s core components, which include six main pillars from government, companies and society to individuals, resources, and infrastructure. The initative will digitise 100 per cent of government services and eliminate the need for physical visits to customer service centres.

He pledged that moving to a 100 per cent digital future would result in the Dubai Government issuing “its last paper transaction in 2021.”

Shaikh Hamdan said, “We are looking to build a truly smart city, one that uses technology as the key to a balanced and happy life.”

He called the new Dubai Pulse platform a “backbone of Dubai’s transformation and shift towards smart technologies.”

“Today, in the era of Big Data, it is essential to have a central platform to house all of the government’s data, a platform that taps into the potential of artificial intelligence to spread happiness among the people,” he said.

Bin Bishr, in an interview at the launch, told Gulf News that Dubai Pulse online platform will help relieve some of the daily stresses in residents’ lives by giving online visitors the ability to pay, shop and search online, reducing the number of physical trips across the city.

“Imagine yourself living in Dubai, you have kids, you want to register them in school, do health checks — you can do them all online at one touch, that will make you happy,” said Bin Bishr. “You become more mindful of what’s happening around you. You know what are the things, events happening next week.

“What we are trying to is put people in more mindful situations so that they can plan their lives and be more happy,” Bin Bishr told Gulf News.

Car trips will be saved over the next four years, sharply slashing greenhouse gas emissions due to smart portals