Smart Cities: Is the GCC Seeing the Transformation? 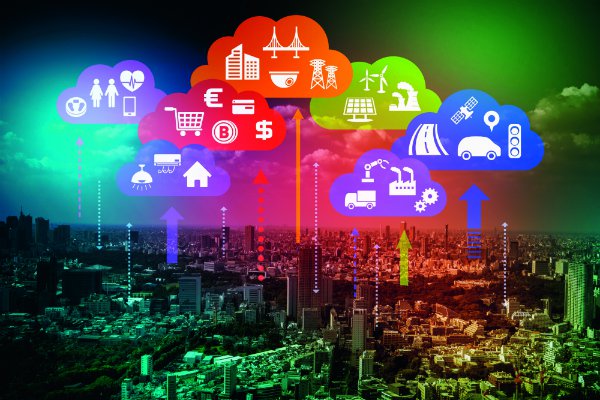 The GCC region has been witnessing transformation on an unprecedented scale in the last few years, with economic challenges and technological progress having a combined effect on the nature of change.

Arguably, one of the main aspects of this transformation is the move towards becoming ‘smart’, with most regional governments aggressively expanding the adoption of new technologies as they strive to increase efficiencies and ease the lives of their populations.

The definition of a smart city varies from place to place, according to Fadi Salem, research fellow at the Mohammed Bin Rashid School of Government (MBRSG).

In some cases, the goal is purely to increase the technological implementation and the number of apps, he says, in a focus that is more about ‘digitising’ and making things electronic than focussing on
other measures.

Other smart cities, however, look beyond technology transformation towards issues including quality of life, access to data and efficiency and sustainability measures that can be achieved using technological means.

Obviously the latter is the model that cities should strive to follow, argues Salem, and in that sense Dubai has stood out in the region for its well-defined strategy on becoming smart, with a clear goal and time-bound objectives.

The Smart Dubai initiative, formally undertaken in March 2014, aims to establish Dubai as the smartest city in the world, focussing on initiatives in six dimensions – the economy, environment, people, mobility, living and governance. The emirate has even created a new entity – Smart Dubai – to oversee, implement and achieve its targets.

“Dubai is maybe the first ‘brownfield’ city in that sense,” says Salem. “Brownfield because it’s an existing place that wants to be transformed into something else, unlike greenfield cities such as Masdar City.

“While Masdar in Abu Dhabi is a smart city in terms of environmental implementation, it was initiated from scratch, so there was no legacy that needed to be transformed. And that’s easier,” he adds.
But it’s not just Dubai. The entire GCC region is now looking to adopt smart initiatives, with an expanding market for Internet of Things (IoT) technology and strong government support for the change.

The UAE and Bahrain will be the fastest growing countries in terms of IoT solutions by 2020, according to Malabika Mandal, senior research analyst at the visionary innovation group at consultancy Frost & Sullivan.

“Urban planners in most GCC cities are already including smart city infrastructure and features in their new plans.”

A total of nine smart city projects are expected in the Gulf nations by 2025, of which two are brownfield projects and seven are cities that will be built from scratch. However, not all regional cities are moving at the same pace.

“While Dubai is in the lead and regularly communicates about its smart city plans, other cities in the region may not be as advanced. Or worse, becoming smart is not yet on their agenda,” claims Adel Belcaid, principal at consultancy AT Kearney.

“If a good plan is in place, with the support and commitment of all public and private stakeholders, then the next challenge will be in timely roll-out and execution of the plan,” he continues.

“If these two challenges are under control, then others, such as the maturity of the ICT infrastructure, regulatory framework to protect data and the development of an innovation ecosystem, will be manageable.”

But according to Salem from MBRSG, some of those other issues could prove daunting.

Data – a foundational element for smart cities – is currently siloed in many regional cities, he argues.
“You have major islands of information that are detached from each other and that makes it almost impossible to create efficiencies and develop any smart initiative,” he says.

“Data needs to be shared openly for the public to be able to use as well as for governments to share.”
This also needs to be combined with regulatory changes to ensure that public concerns about data infringement and privacy are addressed.

Another challenge is a lack of workers skilled in the areas necessary to push forward the smart city agenda.

“Smart transformation needs a lot of understanding of data science and data–related practices that are lacking globally. So there is a major deficit in the skills even if you have the will and the money. So this needs to be either built organically, or imported, or a mix of both,” explains Salem.

However, Salem believes most of these problems can be addressed through a politically supported change management process that will help overcome any resistance to change.

Arguably, the biggest difficulty faced by the GCC in the last two years has been the continued depression in oil prices. Government revenues have been depleted, forcing a number of policy changes across the region. That includes lower public spending, the removal of some subsidies and the introduction of taxes such as next year’s region-wide value added tax.

In such a constrained environment, will expenditure on smart city plans also be cut?
“The ongoing economic slowdown is a double edged sword,” says Salem.

“It can limit the development and investments that governments make if they prioritise in an old fashioned way about how to spend resources, or it could be an incentive for many governments to allocate resources to make things smarter, which will – in the long run – reduce costs, create efficiencies and increase the wellbeing of the public.”

It all depends on the political will, he says, while Frost & Sullivan’s Chakravarti argues the disruption will lead GCC economies to consider other ways of funding their smart city projects.

“Lower prices of oil means they are taking economic reform seriously and facing the economic challenges in a forward thinking manner,” she says.

While major change is already starting to take place, one requirement that needs to accompany the transformation is the creation of a new relevant regulatory environment.

“As the nature of cities evolves and they transition into more ‘smart’ urban settlements, there will be new regulations needed to ensure compliance with government protocols,” states Volker Bischoff, general manager and vice president of Robert Bosch Middle East.

He cites the example of ‘connected mobility’ – one of the key aspects of a smart city.

“Transportation centred on connected mobility will require oversight as new technologies will be used on the road on an unprecedented scale,” he says.

Legacy infrastructure will also need to be upgraded to work with smart solutions to remove day-to-day mobility problems.

“Ultimately, the testing and implementation of smart mobility solutions is down to government legislators, who need to establish a sound legal framework for the effective oversight and operation of vehicles that make use of these solutions.”

Regulations will also require constant monitoring, says Chakravarki, who adds: “For most governments in the GCC, ‘smart city’ is not just a mantra but a clear policy priority and regulations have to keep up with the changing scenarios.”

“Without an agile implementation and approval process, the fluidity of the technologies may be impacted. As such, we have to lay down a robust infrastructure today to cater to the challenges of the future,” he explains. So what are the cities of the future going to look like? How will the changes affect government services, businesses and individuals?

Faraidooni emphasises that connectivity is at the heart of the smart city and this region is already seeing the proliferation of smart energy, smart water, smart transport, smart waste, and e-government.

Specifically in Dubai, the Smart Dubai platform is expected to bring about “radical enhancements” once it is fully implemented.

“For a city planner, the platform will help direct operational cost-savings into data-driven research and development,” he explains.

“For a parent, it will allow him or her to check health data from his or her child’s school to determine if a flu vaccination is required and review household energy consumption to conserve resources and save money for a family vacation.

“It will also help reduce traffic congestion as more and more services are transacted online, allowing commuters to utilise live public transportation data. This will be particularly useful for tourists who will be able to make the most out of their time spent in the city.”

He adds: “The next phase is for all these individual components to become connected, and we foresee this happening in the near future.”

If rightly implemented, Salem believes that the digital transformation will have a “disruptive impact” in terms of changing business models, creating new opportunities, and reducing environmental damages.

“In 10 years, if you have really smart cities in the region around us, that can produce and use data and assess and predict where things are going, you will find major changes in urban planning for example,” he says.

“So people will be able to decide where to live and where to work and that will enable them to decrease the amount of time on the road. These kinds of things will change people’s lives and change cities’ resource allocation.”

But there will be winners and losers in the race to become a truly smart city, warns Belcaid from AT Kearney.

“Cities that have a well-articulated vision for the future and invest in their development despite the low economy will emerge as the winners. Those that don’t will be left on the side-lines.”

Smart city models in the GCC

Paid by savings – Where investment made in smart infrastructure pays off with savings made through energy efficiency (Example: Masdar City project, Abu Dhabi).
Fee-based model – Where the infrastructure provider charges a certain fee for use of a particular smart city service (Example: Parking management).
City funded – Where the city authority invests or funds the particular infrastructure with the
onus and ownership of the project lying with the city authority (Example: King Abdullah Economic City, Saudi Arabia).
Paid by components – Where the component supplier charges for the sale/use of certain embedded sensors or any such equipment that is sold to a particular system integrator for the deployment of service (Example: charges levied on a wireless sensor).
Service Brokering – Where a fee is paid to a company or organisation that acts as a broker and whose main function is to find partners for product development, manufacturing, licencing agreements, joint ventures or other types of partnerships.