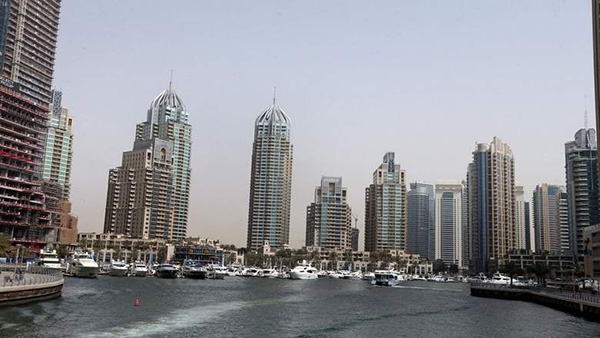 Dubai's status as a regional hub has been reaffirmed with the emirate being ranked among the world's top 25 cities in Global Power City Index (GPCI) 2017 on the back of its strong economy, accessibility and cultural interaction.

Released by the Mori Memorial Foundation's Institute for Urban Strategies, the emirate has been ranked for the first time in the index at No 23 among the 44 cities, surpassing some of the major Western cities such as Barcelona, Boston, Madrid, Vancouver, Washington DC, Geneva among others.

The trade, commerce and financial hub of the Middle Eastern region, Dubai has been ranked even much higher in sub-category of economy at No 11, outpacing Paris, San Francisco, Stockholm, Frankfurt, Toronto, Moscow among others.

Similarly, the emirate has achieved best ranking in cultural interaction subcategory, notching up 9th ranking. In the subcategories of research and development and liveability, the emirate has been awarded 31st rating by the Global Power City Index 2017.

Jihad Azour, IMF's Middle East and Central Asia Department director, earlier predicted that Dubai's GDP will grow as fast as 4 per cent this year from 2.7 per cent in 2016, growing at faster pace than most of Arab economies, underpinned by local spending, including investment in preparation for Expo 2020 and a pick up in global trade.

The emirate is rated 13th in accessibility (transportation) subcategory and 39th in Environment.

"Dubai and Buenos Aires make their first-ever appearances in the GPCI in 2017 with respective comprehensive rankings of No 23 and No 40, respectively. Dubai boasts strengths in Cultural Interaction and Economy, mainly thanks to strong evaluations for corporate tax rate, GDP growth rate in economy, and number of luxury hotel guest rooms in cultural interaction," the GPCI report said.

Newly-listed Dubai topped the list for number of luxury hotel guest rooms and number of foreign residents and combined with a strong score for number of visitors from abroad, enters the ranking for this function at number 9.

"I am sure Dubai will continue to demonstrate its global attraction to individuals and entrepreneurs with many more innovations like smart cities, tourist attractions, Expo 2020, major sporting events and a conducive atmosphere for business," he said.

"Dubai has one of the best airlines and modern fleet of aircraft to connect the emirate with cities around the world, boosting MICE and tourism industries and overall contributing towards the economy.

"Apart from its modern infrastructure, the emirate - and the UAE overall - is free from pollution and red-tapism. Dubai is among few cities in the world, where ladies can go out without any fear. That is not the case in most of the cities of the world. Another important aspect is quality of life because the government has made things so easy like renewal of visa at a touch of button," he said.

He highlighted that the combination of these factors have made Dubai a preferred destination for businesses, professionals and retired people. "It's a tax free city; there is hardly any city in the world that doesn't have tax. Plus the government is focusing on happiness and taking stress out of its residents. I believe, these times are the great times of you to be in Dubai," he added.

Manoj Krishnan, chief investment strategy, Leo Capital, says Dubai as a financial sector has picked up very well and emerged as an epic centre in terms of financial products.

"Though London and New York are a major global financial centres, but Dubai's regulators are well respected for their policies and regulations. In terms of financial sector, banking sector would expand going to other markets. In addition, there will be inflow of companies coming in to Dubai. We have clients who want to start banking in Dubai," Krishnan added.

Commenting on the driving factors, he pointed out that Expo 2020 and continued investment infrastructure will drive the economic growth of the emirate.

Istanbul is the only other city from the Middle East region that made into the list of 44 cities.

The study also ranks cities from the perspectives of a manager, a researcher, an artist, a visitor and a resident.

Dubai has been ranked highly by managers at number 6 followed by visitors at 8, researchers at 27, artists at 43 and residents at 40.

Dubai is ranked at No 6 in this actor group, comparable to Hong Kong and Singapore with high scores in "Ease of Doing Business."

Globally, Tokyo was again ranked third, behind London and New York. Seven Asian cities, topped by Beijing, Tokyo, Shanghai and Hong Kong, all featured in the top 10 in terms of their "economy" ratings.