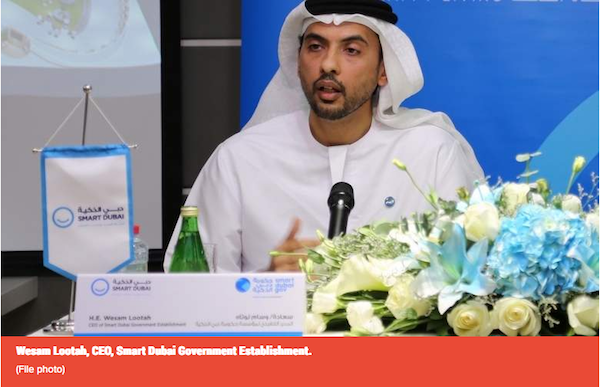 Smart Dubai is working with nine government entities in the second phase this year in their endeavor to go paperless by 2021, a senior official said at a conference on Wednesday.

In the first phase, Dubai Paperless Strategy saw six government entities reduced paper use by 57 per cent in the last six months, exceeding their initial target set for 50 per cent digital transformation of transactions.

"We have completed the first phase with Dewa, RTA, Dubai Economy, Land Department, Dubai Police and Dubai Tourism. We are working with 9 entities in the next phase this year. There were 8 entities and then one more was added," said Wesam Lootah, CEO, Smart Dubai Government Establishment. In February 2018, Dubai had launched paperless strategy with the aim of making the emirate fully digital by 2020.

"Dubai government will celebrate the last piece paper issued by any government on December 21, 2021. No government entity would be allowed to print paper. We will not issue any paper document in any government transactions," Lootah said during his keynote address at the IDC CIO Summit 2019 on Wednesday.

Based on a comprehensive webometric study, in total 27 cities made it onto the list of the world's leading smart cities, led by London, Singapore and Barcelona.

"Our aim is to consolidate 124 apps into one digital platform and also transform the way government offers services," Lootah said. By fully transforming Dubai into a digital city, the emirate can save Dh1 billion in funds, 125m work hours per annum and one billion papers.