Opinion: Building the Smart Society in the UAE 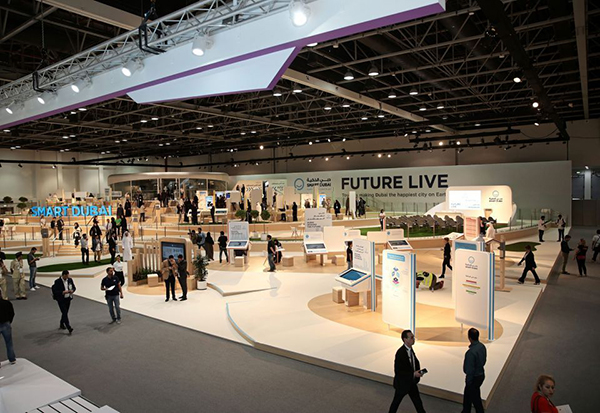 The UAE’s relationship with artificial intelligence (AI), and its commitment to the smart society, are both well established. One sizeable figure that emerged at the Dubai-hosted CIOMajlis, in July this year, was a projected national investment in AI of some $9bn in 2017.

So one thing is clear: in the UAE, digital transformation in general – and AI in particular – is held to be vital for economic growth.

While oil production remains a substantial part of the UAE economy (a third of the GDP is from oil revenues,) it has recently become critical for the government to encourage a diversified economy more resistant to the volatility of fossil-fuel prices. The country’s non-oil sectors have also proven sensitive to external shocks in recent years, given the unavoidable interconnectivity of the global economy.

The UAE’s AI Strategy, launched in October by Sheikh Mohammed Bin Rashid Al Maktoum, Vice President and Prime Minister of the UAE and Ruler of Dubai, will be vital in fostering confidence among global tech giants. But it will also serve as a springboard for Emirati start-ups, and as a call to action for the private sector to usher in a new “Made in UAE” era for AI-based digital services.

In pursuit of this economic idyll, the UAE government has already embarked on a series of initiatives to engender an entrepreneurial culture among Emirati school-leavers. At the heart of this strategy is a drive to shape the nation’s youth to be driven by opportunity and liable to take risks, rather than driven by necessity and liable to play it safe. And AI has a starring role to play in this future – in developing new industries or radically changing current ones; and in helping aspiring Emirati innovators to lead in the new digital economy.

Government departments across the UAE have recognized this potential. The Dubai Electricity and Water Authority (DEWA) launched its Rammas service in early 2017. A customer-service bot, built using components of Microsoft’s cloud-based Cognitive Services platform, Rammas is a 24-7 virtual employee that responds naturally to customer enquiries, through multiple languages and channels.

A key challenge in the coming years will be that of equipping today’s youth with the advanced skills necessary to be employable in the evolving knowledge-based, high-tech service economy. Indeed, a critical issue within the UAE and wider GCC is the scarcity of home-grown skilled labour that has led to a dependency on large, transient, expatriate workforces. As the country builds its own futureproof Emirati workforce, the education sector will see tectonic shifts in the learning experience, as digitally assisted classrooms become tailored to students’ differing levels, ages, cultures and career aspirations.

As students move into higher education, they will need to be introduced to AI as a tool for research and in the devising of innovative businesses models. It is in this space – where young innovators encounter the potential of AI – that new industries and efficiencies are born.

As these young innovators become part of the national workforce, they will apply what they have learned to the betterment of all. The contribution of AI to economic growth is not abstract. It is tangible. Advanced systems justify their output with metrics such as confidence-level scores and fitness measures. Feedback from their human partners allows them to learn how to better solve future problems, and this data-based loop leads to continual improvement. It has applications in healthcare, manufacturing, financial services, retail, logistics, and many more of the non-oil sectors to which the UAE is now turning for growth.

AI systems are engineered to support human reasoning by evaluating data in context and presenting relevant findings. They are built for the complex everyday scenarios that we humans take for granted. In that respect, AI solutions can be applied to taking mundane tasks out of the hands of humans, thereby freeing up precious resources for more productive pursuits. Or they can be applied to the kinds of deep dive on data of which ordinary humans are incapable.

Above all, these systems are adaptable because they are data based. As data models the world around us, so do AI systems change their own behaviours based on how that real world is changing.

In a growing economy, subject to external shocks, AI is the perfect partner for adaptability – the kind of adaptability that turns nations into global leaders.