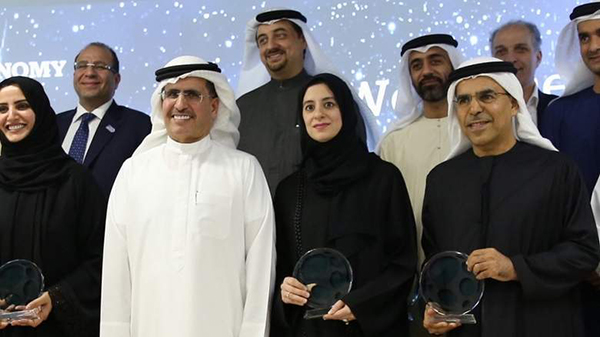 Dubai has proved that it continuously fulfils its promises as it strives to become a global hub for green economy, said Saeed Mohammed Al Tayer, vice chairman of the Dubai Supreme Council of Energy.

Speaking during the launch of the 'State of Green Economy Report 2018', Al Tayer further described the city as a global model for green partnerships and financing, energy efficiency and security, as it sets out on its path of investing in renewable energy. All these, he said, will curb carbon emissions and achieve the objectives of the Dubai Clean Energy Strategy 2050.

The report was compiled by the Supreme Council of Energy in collaboration with the United Nations Development Program (UNDP), and the Dubai Carbon Centre of Excellence (Dubai Carbon). It details green economy development under the theme 'Youth and building the future'. The report reviews the efforts of various organisations in green economy, with a general perspective by young Emiratis, as well as the efforts done by various sectors in the transition to a green economy. "The report also reviews disruptive technologies that contribute to the green economy, Dewa's Carbon Ambassadors Programme, Expo 2020 Dubai, the Dubai Future Foundation, and the Roadmap for the Future, to invest in youth and prepare them by knowledge transfer," Al Tayer said.

"The report further reviews achievements in moving to renewable and clean energy sources, future projects, integration of smart technologies into processes to improve energy use and maximise efficiency, Artificial Intelligence services, and higher education on sustainability."

Al Tayer also highlighted the UAE's vision is to promote sustainable development for the future and achieving the objectives of the UAE Centennial 2071 to ensure a better life for future generations, and to raise the status of the UAE to be the best nation in the world.

"The UAE believes that sustainability is a global priority," he said. "Under the guidance of our wise leadership, the government of the UAE aims to ensure sustainable development, while preserving the environment and balancing economic and social development. Federal and local visions and strategies focused on preserving natural resources, and implementing green growth plans, all contribute to achieving the United Nations' Sustainable Development Goals. "The report also provides an overview of the transition to a green economy in the UAE, and Dubai, as well as the projects being implemented to combat the effects of climate change. It also addresses the development of policies and the application of the regulatory framework to implement policies to promote the green economy agenda, programmes, activities, and partnerships, to promote green economy," Al Tayer said.