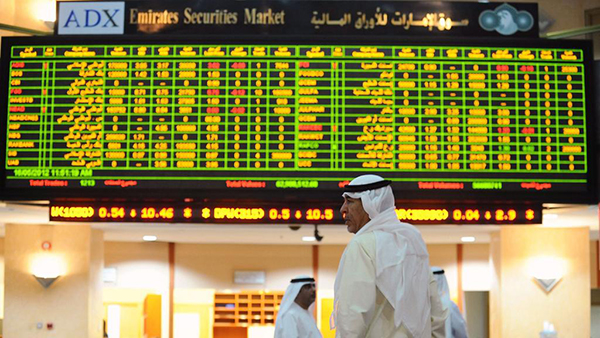 The nine entities signed a memorandum of understanding, under which they will collaborate on distributed ledger technology (DLT) in areas that include research and development, identifying, defining and developing additional use cases for DLT in a CSD environment, and the post-trade landscape, such as services for different kinds of DLT-based digital assets, ADX said. The bourse said it was the first in the region to enter such an agreement.

“The exchange will open channels of constructive dialogue with various stakeholders to identify the common principals, standards and business rules needed for the successful implementation of DLT in post-trade operations, with the aim of enhancing the speed and security of capital market transactions,” said Rashed Al Blooshi, chief executive of ADX.

He added that DLT would bring “more efficient clearing and settlement operations through the reduced requirement for human input, increased system flexibility and data integration, and reduced costs and time”.

Blockchain is the underlying ledger system that enables the trading of cryptocurrencies including bitcoin and ethereum. The technology, which can operate separately from cryptocurrencies, is increasingly being used by banks and other institutions as a secure and cost-effective ledger for a variety of traditional and non-traditional transactions.

The Australian Securities Exchange said last month it would implement a blockchain-based distributed ledger system to replace its existing settlement and clearing system, with a planned launch slated for March.

US-based exchange Nasdaq said in September it was teaming up with Swedish bank SEB for a trial of a blockchain-based trading platform for mutual funds.

Governments in the Arabian Gulf are increasingly investing in blockchain technology as a means of cutting costs and streamlining the delivery of key government services.

“This partnership is a great step forward and another example of how Swift and the industry can work together to solve concrete business challenges with an innovative and collaborative mindset,” said Onur Ozan, head of Middle East, North Africa and Turkey at Swift. “Blockchain technology is playing a transformative role in the financial services industry worldwide and we are excited to collaborate with different community players to reach significant milestones.”

In the UAE, Dubai is leading efforts to adopt blockchain across government entities.

Smart City, the Dubai government agency entrusted with making Dubai the world’s smartest city, said this week it was close to rolling out 20 blockchain applications in a number of civic agencies, including the Roads and Transport Authority, to introduce greater efficiency. Blockchain is already being used in land registry transactions.

The Dubai Land Department announced plans in October for a secure database based on blockchain, to record all real estate contracts and lease registrations, which in turn will be linked to the Dubai Electricity and Water Authority and telecoms providers, enabling a more efficient billing system for residents and utilities.