Cameras with Facial Recognition Software will Identify Wrongdoers in Dubai 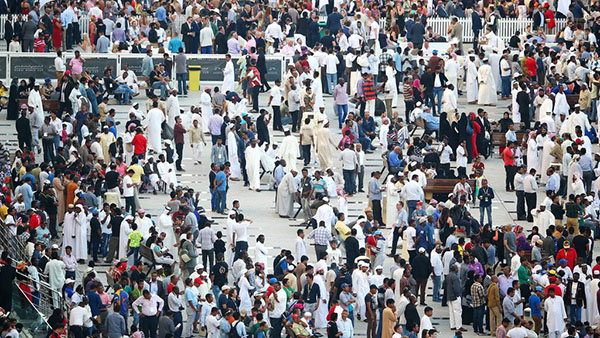 Dubai Police will add ten of thousands of surveillance cameras fitted with artificial intelligence software across Dubai ahead of Expo 2020. Using facial recognition software and their ability to track and analyse movements, the cameras will issue verbal warnings to those they suspected of wrongdoing.

"Criminal activity-related cameras will capture footage of people involved in crimes, recognise their faces and analyses the crime,” said Brig Jamal Al Muhairi, deputy director of administrative affairs at Dubai Police. “Of those criminal activity-related cameras, microphones will be connected to cameras to warn criminals. If a person is trying to steal, for example, a voice message from the microphone will tell the person that he or she is being watched by policemen.”

The surveillance is necessary to “cope with the challenges of the age” said Maj Gen Khalil Al Mansouri, assistant to the chief of Dubai Police.

"In an ever-changing world, we need to adapt to technological advances,” he said. “As the world changes, we need to change. We are approaching Expo 2020 and Dubai will witness a heavy footfall.”

Cameras will be able to recognise humans, cars and different objects, analysing data in real time and sending its findings to the Dubai Police operation room.

It is not just potential criminals who will have to be on their best behaviour.

"Through using the artificial intelligence, data and images captured by surveillance cameras will be analysed to catch violations and recognise faces,” said Brig Al Muhairi. “For instance, anyone who violated traffic rules will not be fined by a policeman. However, his violations will be registered by cameras."

All concerned authorities will work together under a unified security system supervised by Dubai Police, he added. Police are currently studying how many cameras will be installed in each area.

He added, "With the ambition of transforming Dubai into a smart city, Oyoon aims to create an integrated security system that exploits sophisticated technologies and artificial intelligence features to prevent crime, reduce traffic-related deaths and prevent negative phenomena in residential and vital areas. [Reducing] police response to incidents is among the major roles of the project. High tech surveillance cameras will enable police officers to respond to incidents even before they get reported to the command unit.”

Dubai police will implement Ayoon in co-operation with government entities including the Telecommunications Regulatory Authority, Dubai Municipality, Dubai Electricity and Water Authority and the Roads and Transport Authority as well as private sector partners including Nakheel, Meraas and Dubai Properties Group.

As Expo 2020 draws near, Dubai government authorities are looking to technology to keep millions of visitors safe.

Earlier this month, Dubai Civil Defence announced plans to eradicate fires with nanotechnology using a material that emits water vapour when it melts.

And at Gitex in October, Dubai officials showed off a tunnel with biometric scanners that allows travellers to pass through immigration in seconds. More than mere fancy, this will be installed by the end of the summer at Terminal 3 at Dubai International Airport and implemented at all Dubai airports by 2020.