Here is What a Dubai-Sharjah Metro Link Could Mean 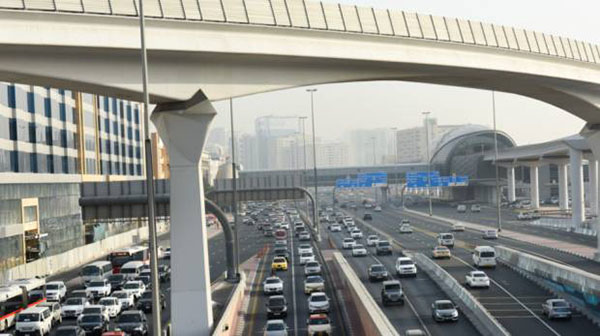 A metro link connecting Sharjah with Dubai’s Green Line could reduce traffic on the congested highways between the emirates by more than 30 per cent, a new study has found.

Conducted by Aurecon, a Dubai-based international transport planning firm that works closely with the local transport authorities, the study highlights the economic impact of congestions between the two emirates and shows how a direct link between Al Qiyada metro station and Sharjah City Centre could offset at least a third of the current traffic problems.

Gulf News got an exclusive access to the study that is most likely a first look into the possibility of linking the two emirates with the metro.

“There could be more than one ways of linking the two emirates through the metro and this is one such hypothetical scenario of what could happen if a metro link is built between Dubai and Sharjah,” said Nadeem Shakir, technical director at Aurecon, who headed the study.

The study found that currently, the five corridors between Dubai and Sharjah witness 900,000 vehicular trips daily, with 450,000 passing in each direction. The combined peak direction flow on Ittihad Road, Damascas Street, Beirut Street, Mohammad Bin Zayed Road and Emirate Road is 40,000 vehicles or 52,000 passengers per hour during the morning peak hours.

“The five corridors in total have a capacity of 33,200 vehicles per hour, but somehow through a lot of squeezing around 40,000 vehicles use the highways per peak hour, causing delays of up to two hour 40 minutes. We calculated the economic impact of the time and fuel lost during these delays and found that Dh4.3 billion is lost per year,” said Shakir.

He added that an equivalent amount would be enough to build a 12km metro line per year.

Shakir observed that increasing the lane capacity between the emirates is neither possible nor it will help ease congestion.

“The border lane capacity increase will not help since the inflow/outflow from and to the border crossing is dictated by the road network on the either side of border. The road network on Sharjah side is limited due to corridors and ROW constraints,” he said.

So the only possible solution, according to Shakir, to ease the congestion could be a metro link.

“We developed the hypothetical direct link of 7.5km between Al Qiyadah station and Sharjah City Centre, with no stations in between. Such a project could be built at a cost of Dh3 billion, almost 30 per cent less than the amount lost in traffic congestion annually and this could help in transporting around 16,000 passengers per peak hour out of the 52,000 passengers that currently use private vehicles,” said Shakir.

Using the demand-supply elasticity model, the study found that about 30 per cent of the private vehicular demand plus some of the existing demand on the buses will divert to the metro system.

“The link will see a total boarding plus alighting at the Sharjah City Centre station of about 22,000 passengers/hour (both directions) during the peak hours. This is massive demand and it will require a huge terminal area plus integration facilities to make it work, approximately twice the size of Union Square Metro Station in Dubai,” added Shakir.

However, to support the passenger demand, the study showed that a train would be running at a frequency of 2.5 minutes during peak hours.

But, Shakir cautioned that additional demand from Sharjah might put significant load on the Dubai’s metro network, which are already running at their capacity during the peak hours.

And on the flip side, though the metro link might help in shortening the duration of the rush hours, which are around two hours for morning and three hours for evening, but it will not reduce the congested travel times during the peak hour.

“Any pure transport solution will not solve the traffic issues at the border, it requires wider urban planning and policy intervention. Integrated planning approach by the authorities at the federal level involving all the relevant stakeholders is required,” said Shakir.

Among the long-term solutions to the traffic woes, he suggested building of more affordable housing in Dubai to spread the population and reduce the trip lengths on the road networks.

He also suggested sustainable city planning approach to encourage mixed-use development with people living and working in the same locality.