Blockchain: The Use Cases, Challenges and Prospects for its Widespread Adoption 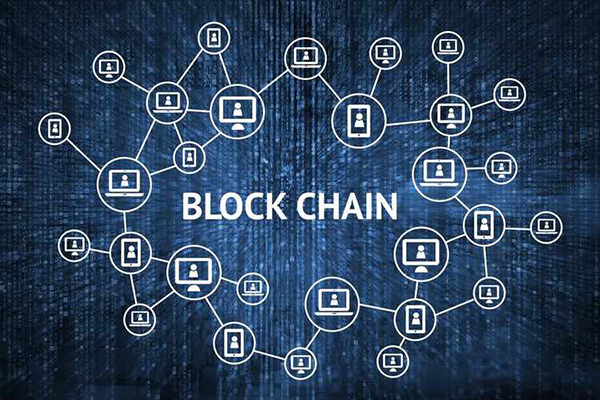 In 2009, an individual whose identity remains unknown, using the name Satoshi Nakamoto, created bitcoin – a new form of digital currency known as a cryptocurrency that could be bought and traded online between two parties without intervention from governments or financial authorities.

Nakamoto’s bitcoin was introduced on a technology platform called blockchain: an online ledger that has the ability to store, verify and exchange great amounts of data and financial transactions. The technology hit a popularity peak late last year when bitcoin surged to record highs on several virtual exchanges.

Blockchain has been hailed as a technological innovation that has the power to transform entire industries, with much of the hype surrounding the technology similar to that which accompanied the internet following Tim Berners-Lee’s adaption of US Department of Defense technology to create the world wide web in 1989. But is blockchain mature enough to scale in the same way the internet did?

Fifteen technology experts in various industries including software, transport, climate change, healthcare and data research interviewed by Zawya in January discussed the prospects for blockchain both on a global level and its specific impact in the region. They said that blockchain is still at an early stage and although its concept has been proven, its real-life implementations and challenges are yet to be uncovered.

Blockchain has attracted many companies worried that they could lose their market position if they miss out on developing the new technology.

There is also active interest from the public sector in adopting the technology, not least in Dubai, which announced an ambitious plan last year to implement blockchain across all government entities by year 2021.

The terminology first emerged as the technology underpinning bitcoin, the pioneering cryptocurrency, in 2009. The key characteristics that distinguished blockchain from any similar system were:

1- The ability to trace transactions or data created or shared among members on a blockchain network.

2- The information put and transactions made on the blockchain cannot be deleted or forged.

3- All users of one blockchain network can see and track information and transactions made on their network. Users also know who submitted information or updated it.

James Wallis, a vice president for blockchain services at IBM, said the technology can be adopted in two forms - a public blockchain ledger offering open access to information, or a private system accessible only to a number of participants.

“So we took a step back away from the cryptocurrency-based (public) technologies and said what do we think is needed in the market for businesses and governments to take advantage of this technology, and one of the key things was this idea of… a network where everyone knows the people that are dealing with each other, transacting or sharing information or making a payment,” Wallis said.

“We wanted to build a technology that could be used by clients, all of whom operate in regulated industries, whether banking or healthcare, or shipping,” added the IBM official, who works on utilising the blockchain technology for use by the company’s business clients.

Wallis added that IBM is currently working with government entities in the United States, the United Kingdom, Singapore, Canada and Dubai, along with a number of banks and other organisations to help them integrate blockchain into their systems.

How can Blockchain be used?

The experts who spoke to Zawya gave examples of several products or sectors that can successfully adopt blockchain, other than for processing financial transactions. These include:

Logistics: The technology could be used to store data and facilitate transactions in the shipping and delivery business.

Markus Kuckelhaus, DHL’s vice president for innovation and trend research, said: “Whenever you need networks to transfer things from A to B, digital solutions can help you do that in a better, more efficient way.”

Real Estate: The technology can be used to allow tenants and property buyers to check information about properties or apartments they are interested in, which, in the long run, could minimise the functions of real estate agents and agencies.

Raif Glabischnig, a Swiss entrepreneur who co-founded two start-ups, Inacta, and Lakeside, to help businesses adopt blockchain, said: “You can get all the information on the building. You can see who is the owner of the building, who has rented the building or (a) small percentage of the building, or who has a voting right for the building… the land registration….who bought it… who owns it, who built it and who is there.”

“It will replace many middlemen. And the real estate business is full of middlemen. This will be the future,” he added.

Environment: The blockchain will help in assembling and aggregating data about climate change and help to issue and verify carbon credit units. A carbon credit is an award created by the International Panel on Climate Change and offered to governments and companies when they reduce their carbon dioxide emissions. The credits are tradable in the international market.

Ivano Iannelli, the CEO of Dubai Carbon, a Dubai-based consultancy owned by several government entities including the Dubai Supreme Council of Energy, said:

“Where it (the blockchain) really delivers its best is when you have a lot of transactions spread over a very large geographical area that could benefit from the decentralisation.”

What are the main challenges?

The experts who spoke to Zawya predict that one of blockchain’s key benefits, its transparency, could also prove to be its main stumbling block.

“On the blockchain, you see who put the information in and if it is certified and secured, so you cannot change it. We call the blockchain automated trust. It gives super transparency to everyone and I think transparency is part of the future,” Glabischnig said.

“In ten years when you walk around Dubai, you will not be anonymous at all. Because the cameras are all over and we have the technology to know the face or the name. Is it good or not? Would you like it or not? Probably you will not like it, but you can’t change it,” he added.

IBM’s Wallis said another challenge he has faced is getting all of the parties involved to approve sharing of information on a blockchain network.

“I don’t think technology is the challenge... I think the biggest challenge right now is getting the different participants to agree,” he said.

Crawford Del Prete, executive vice president and chief research officer at the International Data Cooperation (IDC), a global research and advisory company on the technology sector, said another challenge facing blockchain at its current stage is that it cannot be implemented for high-volume consumer businesses, such as supermarkets.

“The time of a blockchain transaction… takes time… can take (a) few minutes or an hour, or could take a day and if you are in a high-volume consumer application, this is unacceptable… you need to be able to process (a) credit card immediately,” Del Prete said.

He argued that a better use in its current form for blockchain is for processing data that does not need to be updated instantly, as the technology “cannot” handle financial transactions or data that need to be executed within minutes.

“But cannot is not forever,” Del Prete added.