Dubai Aims to Outpace Other Cities in 10 Years 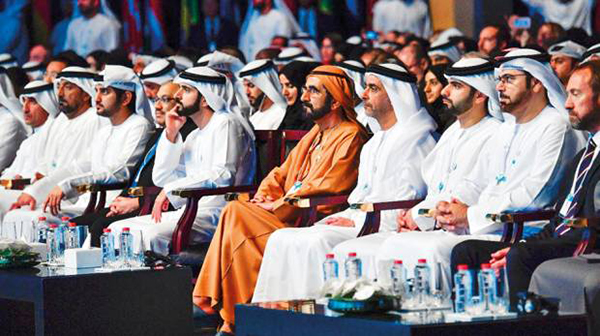 Dubai’s government entities aim to outpace other cities in services and technology by 10 years through the ‘10X 2.0’ initiative, launched on Monday at the World Government Summit (WGS) in Dubai.

10X 2.0 follows on from its predecessor — 10X — launched last year by His Highness Shaikh Mohammad Bin Rashid Al Maktoum, Vice-President and Prime Minister of the UAE and Ruler of Dubai, during the previous WGS.

The Dubai Future Foundation, which is supervising the initiative, is working with other government entities to embrace innovation as a fundamental mantra of their operations, and seek ways to incorporate their methodologies in all aspects of their work to place Dubai 10 years ahead of other cities.

The projects were approved after a committee of experts evaluated more than 160 ideas submitted by 36 government bodies, 26 of which were launched.

Shaikh Hamdan said the benchmark of government success is its ability and flexibility to re-innovate itself and be ahead of its time with services offered, as well as utilising its potential to serve the community and its members.

“The UAE sets a global model of innovative solutions that enable governments to develop and reformulate their work systems, which will achieve happiness and quality of life for their people,” said Shaikh Hamdan.

Shaikh Hamdan said he was proud of this innovative model that reflected the innovations of Emiratis, highlighting the UAE’s leadership and commitment to invest in the potential of its human capital to provide the finest services for a better future, for generations to come.

On Monday, Shaikh Hamdan viewed multimedia presentations about the latest edition, shown during a WGS session dedicated to the initiative. He also heard from officials providing an overview of the programme.

According to details announced during the session, Dubai government entities will implement their programmes over the next 24 months.

Dr Aisha Bint Butti Bin Bisher, director-general of Smart Dubai Office, said during the session that the overarching aim was “to build the happiest and smartest city in the world”. She added that all Dubai government transactions will eventually be electronic-based.

The programme will also enable the issuance of certificates “that cannot be forged”, she said. Another benefit will be the increase in workforce by 10 per cent.

At WGS, running Sunday to Tuesday, there is a 10X pavilion that describes some of the individual programmes under the initiative in more detail, through interactive multimedia touchscreens.

According to the pavilion, the Dubai Health Authority, for example, will be implementing its Genome project to map genomes of the entire population and use Artificial Intelligence to analyse genetic data — aiming to prevent diseases before they occur, among other benefits.