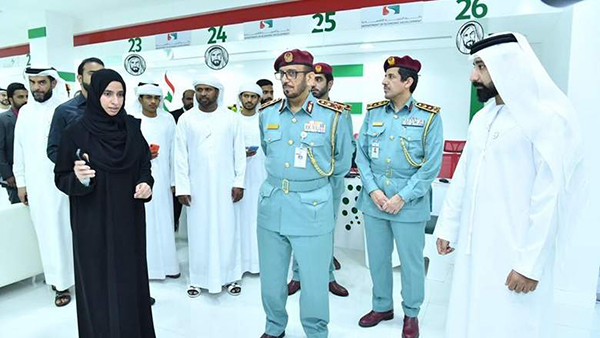 Residents in Dubai will have 70 smart Amer centres by the end of the year to choose from to complete their visa and residency transactions under one roof. Of these, the General Directorate of Residency and Foreigners Affairs (GDRFA) in Dubai opened 21 centres in the first two months of the year, it was announced on Saturday.

In the second quarter of the year, 19 more such smart centres for visa processing will be opened, according to Major-General Mohammed Ahmed Al Marri, director of the GDRFA-Dubai.

"By the end of the year, Dubai will have 70 Amer centres that would provide jobs to more than 1,000 Emiratis. For each Amer centre that is opened, 15 Emiratis will get a job," said Maj-Gen Al Marri.

Maj-Gen Al Marri, Brigadier-General Hussein Ibrahim, assistant general manager of the Dubai residency support sector; Brig-Gen Awad Al Awaim, assistant general manager of human resources and finance; and a number of senior officers of the GDRFA-Dubai took stock of the work being carried out at the six centres. They also listened to customers' feedback on the quality of the services offered and ways to improve it.

Maj-Gen Al Marri stressed that the new Amer centres provide high quality services. "The prime target of the GDRFA is to bring about more happiness to the residents," he said.

The number of transactions carried out by Amer centres during January and February of this year reached 91,453. Of these, 37,355 were completed in January, while 54,098 transactions were carried out in February.

Starting November 1 last year, the GDRFA had stopped all-visa related services across typing centres in Dubai and 72 centres in Sharjah and the Northern Emirates due to "constant violations".

The authority opened the first centre in Al Muhaisnah 4 in May, while the second was inaugurated in October at Al Kifaf Municipality Centre.

The smart centres provide a range of services including issuing entry permits and visit visas, issuing or renewing residency visa, visa cancellation and Emirates ID services among other related government services provided by entities like the Dubai Courts, Dubai Municipality and Department of Economic Development.

All you need to know about Amer centres

1. What are Amer centres?

Amer centres are one-stop smart offices that finish all visa and residency transactions under one roof. It aims to provide a supervised system under which government services will be unified.

2. What kind of services are offered at these centres?

3. Why were the centres opened?

A top official had previously told Khaleej Times said that typing centres were not adhering to the stipulated conditions. Missing documents, inserting wrong information and missing attestations would keep residents going back and forth to finish their transactions, which wastes time. Additionally, the GDRFA wanted to put an end to long queues, improper customer service and price violations. The centres will also boost Emiratisation.

4. How efficient are Amer centres?

Amer Centres are capable of finishing at least 6,000 transactions daily through a minimum of 15 counters per branch, compared to the typical 100-200 transactions that typing centres can handle.