What is the Future of Workforce with AI? 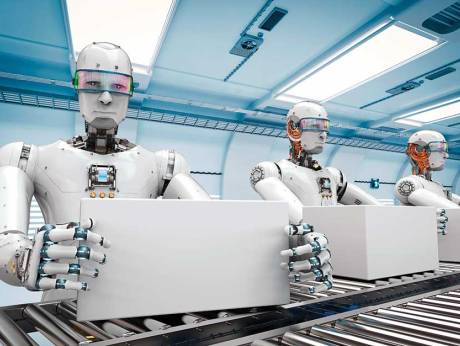 Over the decades, Artificial Intelligence (AI) has been delivering one breakthrough after another to bring about productivity improvement and a perspective shift on how people can interact, work and thrive.

From robots, chatbots, voice-assisted smartphones, real-time data-analysing apps, to self-driving cars, AI is constantly reinventing and impacting our everyday lives. But, with society’s rapid rate of adoption, should we compete with robots as AI continues to gain momentum in our workforce?

In this so-called Fourth Industrial Revolution, where AI is viewed as a benefit that can help to reduce operational costs and minimise labour services, some people find themselves anxious about losing jobs.

Essentially, there is a fear of jobs being taken over by robots and AI software. For example, a recent study conducted by Baylor University found that 37 per cent of participants were “technophobic”, meaning they have a fear of losing their jobs to automation.

Indeed, simulating intelligent behaviour with either little or no human intervention, AI is seen by some as a threat to the present and future workforce, believing that it only takes time for a human wipeout to happen in the corporate world.

Professor David Lane CBE (Commander of the Order of the British Empire), Founding Director of the Edinburgh Centre for Robotics - Heriot-Watt University, said that the truth of the matter is that AI’s capacity to operate intelligently like humans are its ultimate function and it can never expel the human workforce.

“Why? Because the technology needs people’s input and supervision to oversee and maintain automated systems. For instance, in the field of customer service, chatbot platforms are evolving quickly into having a much stronger dialogue and more powerful built-up narrative,” he said.

But, he said the chatbot is only as good as the training data installed in it. Self-driving cars too combine sensors and software for navigation, all of which tech professionals have deliberately designed through hard-coded instructions, obstacle avoidance algorithms, predictive modelling and smart object discrimination.

“AI needs us as much as we need it. AI certainly isn’t something we should fear. If we look at the trend of employment worldwide, a dip is not correlated to technological advancements. Since the advent of the tech era began in the 1970s, the low employment records are observed to be drawn by economic activities and not technological milestones,” he said.

Quoting research firm’s Gartner recent report, he said that AI will produce 2.3 million jobs by 2020 while only eliminating 1.8 million jobs. “This clearly demonstrates AI’s pivotal role in job creation, and should go some way to debunking the anxiety of people over being replaced by robots,” he said.

Peter Sondergaard, executive vice-president and global head of research at Gartner, said at the Gartner Symposium/ITExpo 2018, that AI is here to “help us and create new opportunities and capabilities”.

“A person plus a machine is smarter either by themselves. AI will continue to learn and improve human decisions with lots of data. Data is the new fuel. AI will not probably take off in a big way until 2030. What AI is affecting today is the user experience, processes and analytics in banks, insurance companies and cybersecurity companies,” he said.

There is a shortage of talent for skilled workers such as data engineer or scientist, but he said the region is capable of importing talent.

As AI gets more innovative in changing our lives efficiently, Lane said the appetite of businesses and enterprises grows as well.

Aside from tech giants and private companies having an eye for AI, he said that government sectors of many developing countries also see investment in AI technology taking aim at achieving national agenda.

In October 2017, the UAE Government set an AI drive called the “UAE Strategy for Artificial Intelligence (AI)” in order to prepare the country to embrace a future where services, sectors and infrastructures will be powered by AI.

According to PWC, the UAE is projected to contribute 14 per cent of its GDP in 2030, garnering the largest economic impact among the Middle East countries including Saudi Arabia, GCC (Bahrain, Kuwait, Oman and Qatar), and Egypt.

Following AI’s potential to disrupt markets and its growing demand across all industries, Lane said that market leaders and tech professionals need to upskill and prepare for this new technology curve.

To keep pace towards an AI-first world, he said that re-skilling and upskilling are necessary. Universities and government sectors see where the technology is going.

“As a result, they are developing initiatives and learning programs to provide education on AI and robotics to help meet the skill demand and job requirements. Ultimately, AI is built to enhance people’s potential and capabilities to achieve bigger breakthroughs in a more efficient way.

“It’s time to forge the path ahead and see AI as part of the future workforce, not as a contender for the job,” he said.