How Blockchain Could Solve The Biggest Issue With Autonomous Flying Taxis 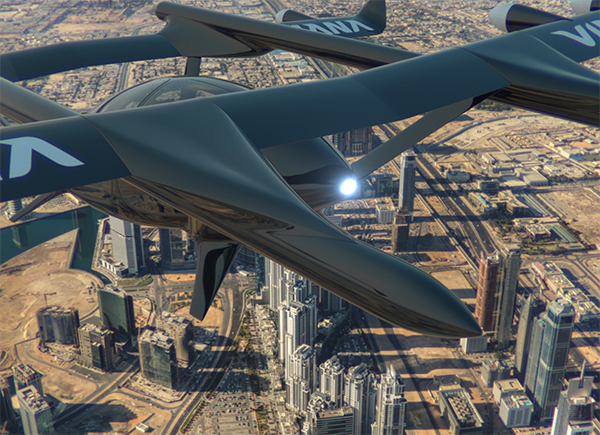 Conversations about smart cities have long since moved beyond the hypothetical. Intelligent infrastructure is all around us, helping us, informing us, making us safer. The Fourth Industrial Revolution has fused the physical and digital worlds in ways unthinkable just a generation ago. We can reduce immigration lines at airports; ensure prompt and accurate deliveries of goods and services; increase customer engagement in the retail sector; and improve crop yields. And we can make our roads safer and less congested.

Traffic congestion is a worldwide bugbear that has a real economic cost. Transportation research company INRIX puts the cost of U.S. congestion at $305 billion in 2017, an increase of $10 billion on the previous year. INRIX estimates that the cost of logjams to drivers in the U.K. in the same year was around US$50 billion.

The U.A.E.’s traffic is relatively sparse compared with other countries around the world, but some estimates place the nation’s annual congestion cost at $3.3 billion, about 1% of GDP. It is worth noting that all these figures factor in costs related to fuel and wasted time, as well as indirect business costs often passed on to consumers. None of the studies include the costs of road accidents.

Look to the sky

As the world’s smart cities seek to make their streets safer and more convenient, what solutions might they choose to adopt? I suggest the answer lies in taking to the sky. Right now, low-altitude airspace, particularly in urban areas, lies virtually empty. And autonomous vertical take-off and landing (VTOL) aircraft can take the place of taxis, delivery trucks and other vehicles, to free up much-needed space.

Such an aircraft already exists. Designed in one-seat and four-seat configurations, each battery-powered plane is seven meters in length, has a 10-meter wingspan and weighs in at 1,050 kilograms. It can handle payloads of up to 400 kilograms while reaching cruising speeds of 245 kilometers per hour with a service range of 900 kilometers. It’s also gentle on the environment. And these autonomous aerial vehicles (AAVs) are modular, allowing easy assembly and maintenance. This greatly reduces the cost of manufacturing and maintenance.

Citizens and policymakers alike have an understandable reticence when it comes to autonomous vehicles. Self-driving cars are already being developed by companies such as Tesla, Waymo and Uber. Alphabet Inc.’s Waymo (formerly known as Google’s driverless car project), for example, has driven 3.5 million miles on public roads, with some intriguing progress on safety. And other automobile companies are looking into ways of automating braking, parking and lane-changing, so-called “Level 1” tasks. But while the full, far more complicated “Level 5” autonomy still needs to pass the scrutiny of regulators, it is certainly going to be part of our smart city future.

Blockchain to the rescue

When it comes to Urban Air Mobility, I believe the main challenge facing implementation of an AAV network is that of management capacity. No city’s current volume of control towers can service the potentially thousands of AAV flights. But we can overcome this issue using a very powerful emerging technology, the origins of which may surprise you—its story begins in the finance industry.

Blockchain was created to guarantee the security and transparency of transactions involving the cryptocurrency bitcoin. It is a digital ledger, responsible for validating and recording every transaction in the virtual currency’s history. The validation and storage of each transaction—which thereafter becomes a permanent part of the “block”—is carried out by several participants within the system, so that no one node, actor, organisation or server can retain exclusive ownership of the ledger.

Blockchain technology also enables peer-to-peer exchanges of data to occur without verification from a central authority, making it a natural solution for an airspace network. Each AAV represents a blockchain node, running specialized protocols that communicate with other vehicles, and ground-based nodes, to ensure the safe and seamless operation of numerous aircraft.

To overcome the doubts of regulators, blockchain platforms need to be hardened to international aviation safety and security standards. Some vehicles will, after all, carry human passengers. It may surprise you to know that such a network has already entered the testing phase and could be deployed within the next decade in Dubai. Based on a peer-to-peer distributed ledger platform, it enables air-traffic control communications-latency levels below 200 milliseconds and delivers 99.999% up-time—or just over five minutes a year of downtime. This enables a real-time view of all active craft, via GPS coordinates, including deviations from flight plans. It allows communication between airborne and ground-based nodes, as well as between aircraft, and compliance with all air-traffic control protocols.

Industry observers expect the blockchain airspace to be a $1 trillion business by 2035, with off-surface blockchain infrastructure accounting for 36% of this, and urban air mobility accounting for 26%. These two areas together would enable passenger and cargo carriage in our envisioned smart cities. But a further 10% of revenue is expected from the agriculture industry, servicing the need for feeding a growing global population by expanding fields and crop yields.

Safer roads; reduced commute times; increased crop yields; faster cargo delivery—the possibilities are endless. This sounds like the smart city of which we have been dreaming. Humming skies and quieter streets.