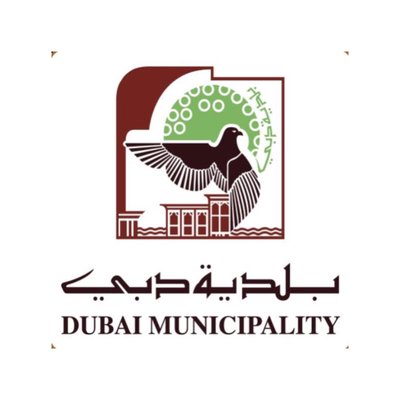 The Dubai Municipality has developed its "Wastenizer" project, which transports and processes waste to generate energy, as its proposal for the Dubai 10X Initiative – an ambitious venture overseen by the Dubai Future Foundation, DFF.

The system transforms the city’s solid waste into a source of energy by using artificial intelligence and without resorting to traditional means of shipping. Doing so serves the Municipality’s objectives to address current and future waste-related challenges and maintains sustainability.

Dawood Abdul Rahman Abdullah Al Hajiri, Director-General of Dubai Municipality, said, "The project represents a significant step forward that will cement Dubai’s leading global position. The Dubai Municipality plays a key role in the project, as it is commits to organising and managing services in order to ensure they meet the highest standards. We must face the challenges and strive to meet the project’s strategic goals, which seek to make Dubai the first and only city in the world to use artificial intelligence in transporting and processing waste to generate clean and sustainable energy."

"The Dubai Municipality has set an action plan to implement the project immediately after the launch; the plan was titled ‘The Vision of the Future City, Today’," Al Hajiri revealed. "To that end, we formed a task force consisting of young, passionate and driven Emiratis to carry out this initiative, and firmly establish the global leadership of the Dubai Municipality. We are working to create an ecosystem that embraces change and disruption, and a smart, flexible environment that engages both the public and private sectors, as well as the general public, to implement the services of the future."

The initiative consists of developing a world-first, decentralised waste-treatment platform for buildings and residential districts in Dubai. The system uses technology developed by Dubai Municipality to treat all types of solid waste after sorting them using artificial intelligence, AI, and smart technologies. The decentralised units raise the temperature of the waste resulting in the breakdown of its chemical components, producing clean electrical energy that will be exported to the local electricity grid.

The initiative is a continuation of the Dubai Municipality’s project to convert solid waste into energy; the project includes building the world’s largest energy terminal in terms of production capacity and thermal conversion efficiency. This, in turn, contributes to the Dubai Integrated Waste Management Master Plan, which seeks to steer 100 percent of the city’s waste away from landfills by the year 2030.

The project includes carefully analysing the statistics pertaining to waste and the high costs of collection and treatment, in addition to the environmental disadvantages of harmful emissions from Dubai’s landfills. It increases the Municipality’s efficiency by reducing operational costs, eliminates the environmental footprint of buried waste, and prevents loss of land to landfills.

As it stands, the Emirate of Dubai produces 3.5 million tons of waste annually, uses 7,560 square metres of land as landfills, deploys 3,850 garbage collection vehicles to all its districts, all at a daily operating cost of AED2.3 million.

Once implemented, the Wastenizer system will produce 17,500 tons of good ash for the production of green concrete. The Municipality is working in partnership with local and international companies specializing in artificial intelligence, infrastructure, and waste-to-energy, transportation, in addition to major real estate and property developers, in order to execute the ambitious project. Implementation began with research and development in the fourth quarter of 2017, before moving on to forging strategic agreements with potential partners from the private sector in Q1 2018. The pilot phase of the project has been scheduled for the fourth quarter of 2018, with the system entering full implementation in several regions of the emirate just before the opening of Expo 2020.

H.H. Sheikh Hamdan bin Mohammed bin Rashid Al Maktoum, Crown Prince of Dubai, Chairman of Dubai Executive Council and Chairman of DFF’s Board of Trustees, launched the bold plan, among several avant-garde proposals for Dubai 10X at the 6th World Government Summit, held in Dubai in February 2018. The Dubai 10X initiative seeks to place Dubai Government entities ten years ahead of the rest of the world in all sectors, propelling the emirate into the future by implementing today what other cities around the world will be implementing ten years from now.

H.H. Sheikh Hamdan approved 26 projects presented by 24 government entities. The shortlisted projects were evaluated by a panel of experts out of a total of more than 160 ideas submitted by 36 parties in less than 365 days.