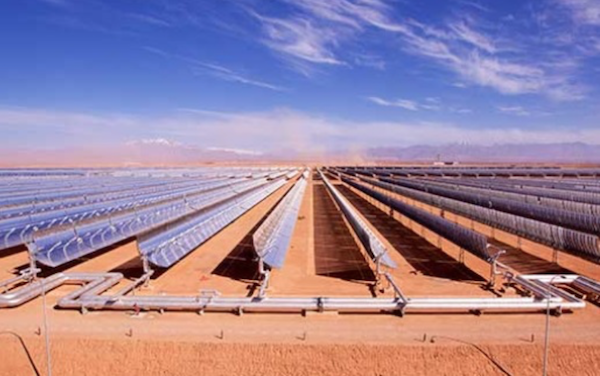 With fluctuating oil prices, there is an increasing need to look beyond the region’s reliance on oil and take a longer term view on how we can power regional economies with the same efficiency, while decreasing our carbon footprint.

The UAE government has introduced a number of ambitious initiatives to generate clean energy. In 2017, it launched the Energy Strategy 2050, which aims to increase the contribution of clean energy in the total energy mix from 25 per cent to 50 per cent by 2050 and reduce the carbon footprint of power generation by 70 per cent, thus saving the country AED 700 billion by 2050. It also seeks to increase consumption efficiency of individuals and corporates by 40 per cent.

The nation wants to be an international role model, with the creation of Masdar, the world’s first carbon-neutral zero waste city – where the International Renewable Energy Agency (IRENA) is headquartered.

Renewables are key to the economic future of the UAE – and more widely the GCC – because oil or gas that is not used to generate electricity can be sold or converted into value-adding products, thereby increasing GDP.

With most of the world’s power still coming from burning carbon, decarbonisation is high on everyone’s agenda, especially in the UAE. To achieve their decarbonisation goals, countries in the Middle East may consider three main objectives: energy security, affordability and sustainability, the “energy triangle”.

The concept of the “energy triangle” is now well-known. Each side of the triangle delivers certain key attributes that make up a three-dimensional modern energy system, including access to safe, secure and reliable energy, affordability and sustainable environmental impact.

The energy system that evolved during the last century has largely achieved its primary goal of enabling substantial economic growth. However, the triangle is not what it was originally set out to be.

For about two billion people, access to progressive energy solutions still looks like a distant dream. In several places across the globe, affordability is still an unresolved issue and in most countries, the environmental impact is far beyond what we can sustain, especially considering that the world’s population heads towards a projected nine billion people.

The effort we are now putting into developing energy technologies is typically directed towards reducing environmental impact as much as improving affordability and access. Renewables and electric vehicles, in particular, offer an opportunity to strengthen the third side of the triangle.

It is not only governments of energy-producing countries that will have to rethink their budgets though some OECD countries bring in more revenue by taxing sales of petrol at petrol stations than OPEC countries make from producing the petrol. As electric vehicles take over from petrol-powered cars, these governments will need to adapt.

Finally, future changes in the energy sector will be inextricably linked to broader advances in the Fourth Industrial Revolution – including the convergence of rapidly-advancing technologies which are blurring the lines between the physical, digital and biological spheres, from automation to artificial intelligence, and big data to biotech.

At the grassroots level, decarbonisation can be achieved by reducing the carbon footprint of our way of living. One easy step is the process optimization of system units, large enterprises, factories or even entire cities, where it is possible to maintain the output by reducing the input, by replacing legacy devices or systems with energy saving ones.

Furthermore, if the fundamentals of the energy triangle are applied, decarbonisation can be achieved through technological innovations in the oil and gas sector. This includes smart grid and data optimisation that help deploying the right amount of data and reduce carbon emission by increasing efficiency and achieving more power with less carbon footprint.

Carbon capture and storage facilities also play an important role in decarbonisation. For instance, ADNOC and Masdar’s Carbon Capture Facility in Al Reyadah, the world’s first commercial Carbon Capture Utilisation and Storage (CCUS) facility for the steel industry, captures up to 800,000 tons of CO2 a year from the plant. The captured CO2 is then injected into Abu Dhabi’s maturing oil fields, replacing natural gas and enhancing oil recovery, where it remains trapped underground.

The UAE is determined that clean energy production will work and the measures implemented by the government are already showing positive results, while many local companies are aligning their strategy with the sustainability agenda. The next phase is for the UAE to lead by example and demonstrate that it can indeed reduce its carbon footprint and achieve its Energy Strategy 2050 goals.