The future of energy in the GCC looks bright 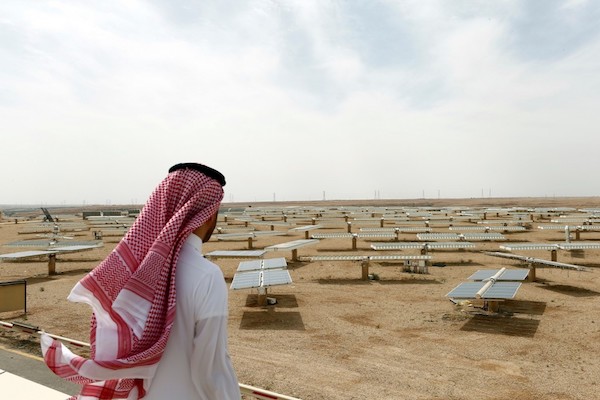 When oil was first discovered in the Gulf region pre-GCC, in 1932 Bahrain, life was never to be the same again for its denizens.

However, the volatile economic environment, political unrest in neighboring areas, and the threat of climate change have all forced the GCC to broaden its energy investments and reconsider its dependence on oil.

Today, we look at what the GCC is doing to remain the leader in the energy industry, and how it all started.

The fickleness of oil

While the GCC countries have enjoyed continued prosperity due to the boon of oil by bringing their nations into the modern age, they have suffered a pang of reality in recent decades. In 1998, following an economic crisis in Asia, oil prices crashed to catastrophic levels at an inflation-adjusted price of $17.89 per barrel, lower than the adjusted price in 1946 even.

These catastrophes have led many of the GCC countries to diversify their economies, as the reliance on a fickle source of income such as oil becomes less realistic.

Further to this, however, these nations have been taking steps to bring the GCC into an entirely new market: the renewable energy sector.

Scientists and experts across the world can’t come to an accurate decision regarding the year in which we run out of oil. Some predict it will happen in 55 years, others in 2 centuries, some that it will never run out.

Regardless, increasing pollution rates and worsening climate change will force the world to turn to an energy source other than fossil fuels sooner than later, and GCC countries have not been slacking behind.

Earlier this year during March, Saudi Arabia and the SoftBank Group Corporation announced a $200 billion solar energy project, set to produce 200 GW by 2030. Saudi’s vast open deserts permit a project of this scale, and this new project will produce an excessive amount of energy that will eclipse Saudi’s needs. This means that the kingdom could become one of the world’s greatest exporters of solar energy.

A more recent project announced in 2017 detailed a 300-megawatt photovoltaic plant to be built in the country.

Saudi has plans to develop 30 solar and wind projects over the next 10 years, according to Forbes.

The UAE hasn’t been slacking behind either.

The park follows in the footsteps of several other massive solar endeavors in the UAE. Abu Dhabi’s Shams Solar Park is the first utility-scale solar plant in the Middle East. And Solar Impulse 2, which took off and landed in the UAE in 2016, was the first solar plane ever to fly around the world.

The UAE will invest $163 billion into renewable, clean fossil and nuclear energy technologies over the coming years, with expected savings of $190 billion, CNN reports.

Kuwait yet to adopt clean energy

A senior official has said that the Public Authority for Housing Welfare is working to ensure that 15% of Kuwait’s local power demand is met through renewable energy sources by 2030, Kuwait’s News Agency (KUNA) reports.

KUNA also reports that the country is in the process of developing a “smart home” for its nationals, a housing unit that will utilize wind and solar-powered generators to eliminate CO2 emissions.

Renewable energy projects could save $750 million in costs for Kuwait by 2030, Bakheet Al-Rashidi, the country’s Minister of Oil and Minister of Electricity and Water, revealed.

Bahrain not as big on renewables just yet

Bahrain has set a target of 10% of total energy consumption to be met through renewables by 2035, doubling the 5% goal by 2025, Electricity and Water Affairs Minister Dr Abdulhussain Mirza has said.

He further explained that the government has approved plans to build a 100MW solar power station as a public private partnership project.

The solar plant project will provide 2.5% of the country’s electricity needs and the national goal is to increasing energy efficiency by 6% by 2025.

Despite their current place on the international stage, the Gulf countries came from very humble beginnings.

The discovery of oil in 1932 brought business and investors into the region, primarily from the West, which then brought an unprecedented influx of funds into these developing nations.

The countries we know today as members of the GCC were basic trading nations for the most part, serving as intercontinental coastal links and ports of commerce, and often trading goods such as pearls, dates, and silver. Tribes remained dominant during that time.

For example, consider that 30 years prior to Dubai’s discovery of oil in 1966, the population of Dubai totaled a mere 20,000, according to official figures.

Soon after the discovery, Sheikh Rashid bin Saeed Al Maktoum utilized the oil revenues to spur infrastructure development in Dubai, transforming it from a small cluster of settlements near the Dubai Creek to a modern port city and commercial hub.

Today, GDP figures per capita produced by the International Monetary Fund in 2015 place Kuwait, the UAE, Saudi Arabia and Bahrain among the world’s 15 wealthiest nations, with investments and projects spread all across the globe, and oil as the single most exported commodity in the region.

The coming years will prove if the countries of the GCC will be able to make the transition to clean energy, as demand for oil decreases.