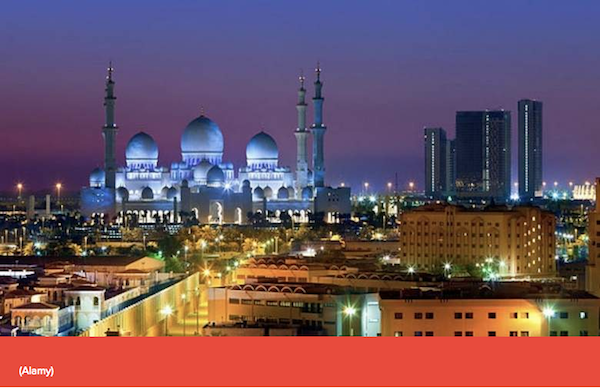 Abu Dhabi has been ranked top on a list of cities in Africa and the Middle East in the McKinsey Global Institute study 'Smart Cities: Digital Solutions for a More Livable Future'.

The study looked at how cities all over the world use technology to increase the quality of life across a wide range of criteria, including healthcare, security, mobility, economic development and housing. With a rating of 18.4, Abu Dhabi ranked first in the region ahead of Dubai, which was placed second with a rating of 17.3.

Dubai, in a recent report, was chosen among the world's top three model smart cities, pioneering in different public and private services for the betterment of its residents. This is thanks to a host of initiatives adopted by the government which are aimed at not just robotising the public services but also to make the emirate the happiest city on Earth.

As part of smart city initiatives, Dubai has been taking a pioneering role in self-driving cars, automated ports, testing of delivery robots and drones and social robots among others.

Saif Saeed Ghobash, Undersecretary of the Department of Culture and Tourism - Abu Dhabi (DCT Abu Dhabi), said: "In today's digital age, metropolitan cities the world over are delivering creative ways in which data is used to reinvent the way their city is perceived, explored, interacted with, and how services are delivered. Abu Dhabi ranking number one in the study is testimony to our ongoing efforts to establish the emirate as both a destination of distinction and a highly modern location in which international communities want to work, live and do business."

"With apps and online systems in place that support the tourism and business infrastructure of the Emirate, we hope to lead the way to a sustainable future for generations to come," he added.

DCT Abu Dhabi has introduced new and innovative schemes and systems to aid the tourism sector and benefit residents' quality of life. State-of-the-art and pioneering tech additions include the official "Abu Dhabi Culture" online portal and app, a one-stop reference point for all information relating to culture in the emirate; and an online Event Ticketing System, part of its Event Licensing System, which streamlines and facilitates event registration and licensing procedures.

Smart cities put data and digital technology to work with the goal of improving the quality of life. More comprehensive, real-time data gives agencies the ability to watch events as they unfold, understand how demand is changing, and respond with faster and lower cost solutions. In particular, smart technologies change the nature and economics of infrastructure. They reduce the cost of gathering information on usage patterns, and with an unprecedented volume of data points in hand, city governments, employers, and residents can find new ways to optimise existing systems.

Some smart solutions both respond to demand and involve the public in shaping it. They encourage people to use transit during off-hours, to change routes, to use less energy and water and to do so at different times of day, and to reduce strains on the healthcare system through preventive self-care. The result is not only a more livable city but also a more productive place for businesses to operate.