Designing the sustainable future of energy 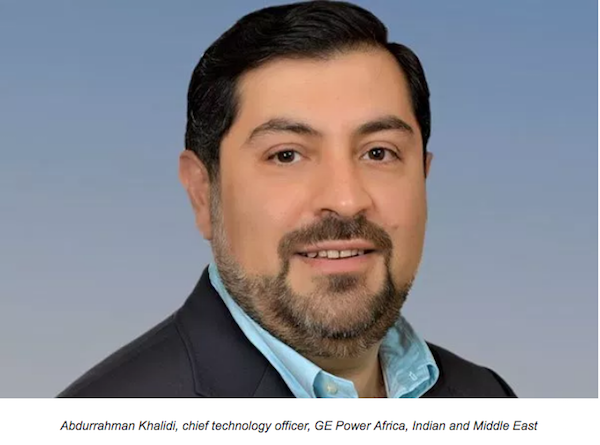 The Middle East’s demand for electricity is expected to reach 2,419 terawatt hours (TWh) by 2040, double 2016 levels, as per the Gas Exporting Countries Forum (GECF).

The big question that faces current and future generations is clear: how do we meet this demand with power that is abundant, reliable and clean? Today, sustainability dominates agendas and most governments have been quick to pledge their support, setting aggressive targets for emissions reductions and cleaner energy.

However, in an energy-hungry world marked by a spiralling demand for electricity, the intermittency of renewable power means one cannot rely upon it as the sole source of electricity. The sun does not always shine down upon us through clear blue skies, winds do not always blow at stable speeds, rainfall patterns are not always reliable enough to ensure a planned, constant flow of hydropower and today’s energy storage solutions have yet to evolve to a level where they can plug in the gaps that may be caused by this intermittency.

The key to success is obvious: the world must rely on a union of traditional resources and renewable power for the foreseeable future. Conventional and alternative power must be regarded as complementary, not competing forces, to meet our energy needs.

Business as usual will not work, though. Technology providers must push the boundaries of science to develop solutions that are a good fit for our evolving reality. That means we need solutions that are more efficient so they release fewer emissions and remain cost-effective, as well as more flexible so they can ramp up and down quickly to help stabilise the grid in response to intermittent renewable energy. Hybrid technologies offer another viable solution.

At GE, for example, this effort is reflected in its HA gas turbine technology, which offers more than 64 per cent efficiency in combined cycle power plants – higher than any other competing technology today. In fact, the gas turbine has already helped to deliver two world records for efficiency, one each in the 60 hertz and 50 hertz segments of the global power market.

Capable of ramping up or down at up to 88 megawatts per minute while still meeting emissions requirements, the turbine can help support countries transitioning to a larger proportion of renewable power in their energy mix by helping to balance grid instability. Here in the GCC, the technology has just been adopted by the Sharjah Electricity and Water Authority (SEWA) for an upcoming 1.8 gigawatts independent combined cycle power project located in Hamriyah, Sharjah.

The technology is also a good fit for developing countries looking to bring large amounts of power online to plug the energy deficit near dense population centres, without the requirement of large tracts of land that are often required for equivalent amounts of renewable energy. A prime example of that is Bangladesh, which has adopted the HA technology since 2014 to help bridge the large gap between demand and capacity.

At its core is a state-of-the-art control system which seamlessly blends output between the battery and the gas turbine. The energy storage capacity of the battery has been designed to provide enough time coverage to allow the gas turbine to start and reach its designated power output. Therefore, the system does not need to burn fuel and consume water in standby mode to be able to dispatch power immediately when demand surges or renewable energy supplies decline.

More innovative solutions are also around the corner. Today, scientists are also able to adapt power generation technologies such as gas turbines to burn clean resources such as hydrogen. In fact, GE has successfully been able to utilise blended fuel with up to 95 per cent hydrogen to generate electricity through its gas turbines.

For now, as we look ahead, designing the sustainable future of energy means we must all be on board to fashion a diversified, innovative global energy system that draws on a mix of fuel sources and technologies.