du Delivers the Key Components to Create a Smarter Dubai 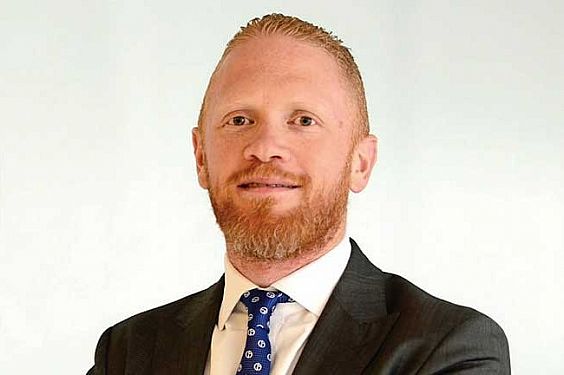 Smart city programs require the right mix of public and private expertise and involvement to be successful, and Dubai’s smart city initiatives are no exception. One of the key partners for the city’s smart schemes is telecoms operator du, which is contributing services and solutions far beyond just telecoms infrastructure. As a strategic partner to Smart Dubai Office, du has played a leading role in Dubai Pulse, one of the cornerstones of Dubai’s smart city initiative.

Launched in April 2017, Dubai Pulse is intended to be the central platform for Dubai, hosting open and shared data, and delivering shared services for the city. The platform has been developed and implemented by du, along with other partners, as a public-private partnership, and will be a central part of enabling public and private sector entities to participate in Dubai’s smart city initiatives.

Jihad Tayara VP Business Development and Partnerships, Digital Transformation and Innovation said: “We are proud to be the Strategic Partner for Smart Dubai Office. Dubai Pulse will revolutionize Dubai, as it will be the digital backbone for the city, and will connect all the private, public and government entities into one highly secure platform.

“The reality is changing a little bit from the plans, and we are adapting with those changes. Right now, I have a team building a pipeline and populating data on the platform, and a team selling the services and familiarising all the government entities with it,” said Tayara.

Dubai Pulse is both a central repository of city data, as well as a source of services. The platform has expanded its service offerings from infrastructure- and platform-as-a-service, to include new offerings that give organisations the tools to work with the data stored in the platform, including Data-as-a-Service, Dashboard-as-a-Service and Data Science-as-a-Service, with the aim of providing all of the necessary dashboard and analytics that are required.

As the Dubai Pulse platform becomes established, Smart Dubai and du are also looking at how new technologies can be added to the platform.

“Hand-in-hand with the Smart Dubai Office, we are evaluating and discussing how we can complement the platform,” Tayara said. “We are looking at potential new partners that can add value to Dubai Pulse. Blockchain and artificial intelligence are the type of services that could sit on the platform, so we are helping Smart Dubai in the assessment process of partners and technology vendors, and ramping up our capabilities to operate those services.”

Another large-scale smart city project for du is the Dubai Silicon Park, a part of Dubai Silicon Oasis. This 150,000 square metre development has been designed as a flagship smart city, including many different elements from smart street furniture through to smart home controls. du is deploying the IoT infrastructure to serve Silicon Park, as well as providing system integration for the end-to-end deployment of over 20 smart services.

The telco’s involvement with Dubai Silicon Oasis is not just confined to infrastructure. du is one of six strategic partners in Dubai Smart City Accelerator, a regional first-of-its-kind smart city incubator which aims to develop smart city ideas and business. Launched in May this year, the accelerator is hosted at DSOA’s Dubai Technology Entrepreneur Centre (DTEC).

As a telecoms operator, one of du’s main areas of focus is in establishing the telecoms infrastructure and connectivity to support smart city initiatives to enable users to access smart services. WiFi UAE is a free, country-wide service available in multiple locations across the UAE, with services hosted in most major malls and public places as well as Smart Bus Shelters, Smart Palms, Smart Bins, as well as being connected on public transport and Dubai Taxis. Over 1.5 million sessions are connected on WiFi UAE every month, and the service is growing in terms of the number of sites which are connected and the number of users, Tayara said.

“WiFi UAE for us is paying back to the community!” he added.

The build out of the telecoms network goes beyond WiFi and other well-established standards, Tayara explained, particularly when it comes to meeting the needs of Internet of Things. With tens of billions of devices expected to be connected to the internet in the near future, the vast majority of which will be sensors and other devices, there is a pressing need for affordable and efficient connectivity. Infrastructure standards for this connectivity are still emerging, but du is investing in new networks to deliver the connectivity for IoT in addition to traditional telecoms infrastructure such as 5G.

“We have been the first in the region to build narrowband IoT networks,” Tayara said.

“We launched the first IoT network more than a year ago, based on LoRa technology, but since then the technology has changed, and standardisation in the GSMA has evolved and developed, and NB-IoT has been positioning itself as the defacto solution.
“Our strategy now would be to deploy NB-IoT across the country, and as and when needed, deploy smaller LoRa networks in specific areas.”

du is also leading regional efforts for the development of optical networking solutions such as Light Fidelity (Li-Fi) technology. At GITEX 2016, the company showcased the Li-Fi wireless optical networking technology, which can provide speeds up to 100 times faster than Wi-Fi technology, as well as being significantly cheaper. For this year’s GITEX, du is showcasing Visible Light Communications (VLC), short-range optical networks that are most suited to indoor navigation and location-based services.

“Last year we showcased Li-Fi, now we are moving into Visible Light Communications. We have been busy building the capability on this, so instead of just showcasing the technology, we have been focused on building the platform capabilities for VLC with partners,” he said.

Finally, its worth noting that du is also showcasing the smart identity service, a concirerge like kiosk, that will help in the integration of physical and digital identity turning venues into smarter ones while at the same time delivering on convenience and safety.

“This solution is aligned with the Dubai Government blockchain strategy, with its underlying id registration technology being based on lockchain,” Tayara added.