AI is a Nest for Innovation and Technological Advances 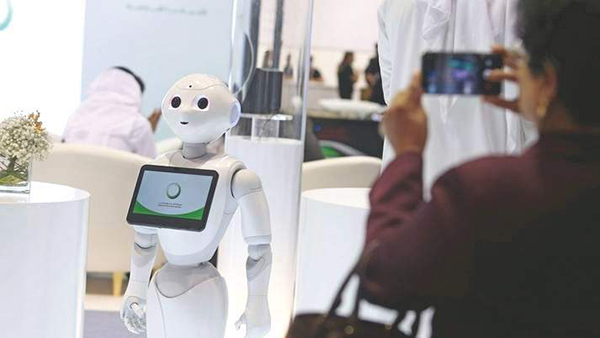 After the appointment of the Happiness Minister, the UAE last week did another first and appointed the world's first and youngest state minister for Artificial Intelligence (AI), the 27-year-old Omar bin Sultan Al Olama.

Since then, AI has been buzzword around town. His Highness Sheikh Mohammed bin Rashid Al Maktoum, Vice-President and Prime Minister of the UAE and Ruler of Dubai, announced the UAE Strategy for AI, a major initiative within the UAE Centennial 2071 objectives.

This is the first such strategy of its kind in the region and the entire world to promote government performance and create an innovative and highly-productive environment by means of investing in AI and its applications across multiple domains.

The strategy is premised to ensure best utilisation of all resources and invest in all available creative potential that accelerate the execution of developmental projects. "We initiated electronic services 16 years ago and today we are launching a fresh stage relying on Artificial Intelligence," said Sheikh Mohammed.

AI can be loosely defined as "intelligence as exhibited by machines", said Eleonore Kressner, associate at Al Tamimi & Company while talking about 'Artificial Intelligence and Innovative Developments in the UAE'.

"When people think about AI there are several assumptions that derive from how AI has been portrayed in popular movies, such as Terminator, I, Robot and Ex Machina, that depict robots as a threat to humans. AI is not just robots. It also applies to anything that fits the above definition," said Eleonore.

According to Eleonore, in March 2014, the Dubai Government announced the Smart Dubai initiative to make Dubai a leading smart city. AI has been the trigger and the technology behind the facilitation of Smart Dubai.

"This was undoubtedly based on the predictions that over the next five years the smart cities market will increase from over $400 billion to $1.5 trillion. This would set Dubai on a global pedestal as a nest for innovation and technological advances in fields such as education and healthcare and would provide a steady growth incline for the UAE as a whole.

"These are just some of the areas where the UAE is well placed to capitalise. The way in which these are implemented is through the creation of the right medium between a strict and flexible legal framework," said Eleonore.

Introduction of driverless cars has been anticipated since Dubai's Roads and Transport Authority (RTA) bought 200 Tesla vehicles. Driverless, due to the disruptive nature of the technology, is a prime example of where the law needs to evolve. According to Eleonore, the more advanced the AI environment becomes, the greater pressure there is for the legal environment to change.

"There are two opposing arguments, one which demands less formalisation of rules and regulations and allows the technology to evolve naturally and the other, which tightens regulation and constricts the parameters by which technology is bound.

"Mubadala alone was reported to be investing $15 billion in a technology fund, and with Smart Dubai shifting focus away from the traditional sectors, the UAE, with the combination of legal support and push for innovation, is poised to become a hub for innovation," said Eleonore.

"The spread of AI and IoT raises questions that our laws will need to adequately address: whether it is from a moral perspective, a resource perspective, an emotional perspective or one of innovation."