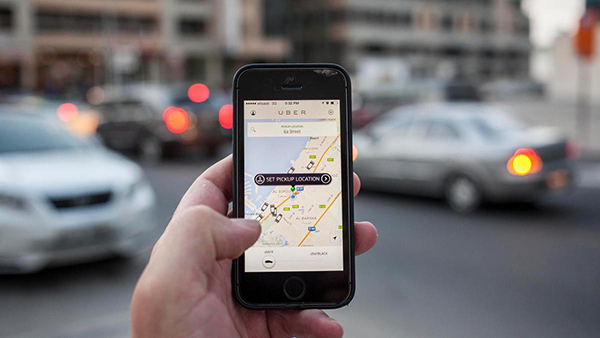 An affordable Uber service has been well-received by Dubai commuters, the company says, with a large number of rides booked from metro stations and areas where transport is not easily available.

The UberX service, which began in April as a three-month pilot observed by the Roads and Transport Authority, continues to be available in Dubai.

“UberX will remain available on the app as we continue our positive conversations with the RTA. We will continue to work with the RTA to see UberX extend beyond a pilot to a permanent product in Dubai,” said Anthony Khoury, Uber’s Middle East general manager.

“The results of the pilot launch of UberX have been great. We have seen it complement the existing public transport system, with a significant portion of rides beginning or ending at a metro station. We have also seen UberX serve as transportation where other options are not available as they are in the city centre. To date, UberX confirms the viability of an economic solution in Dubai in helping to address congestion and expand the use of public transport.”

During the testing phase in April, the service was only available to select riders who could choose lower fares on less expensive vehicles instead of the Uber limousines.

The RTA had approved the service on a limited number of vehicles.

Since then the service has been made available for all residents covering most areas in the emirate.

The company did not provide figures for the current number of vehicles that are providing the affordable service, but said demand had tripled since the launch seven months ago.

“The response has been phenomenal and we have seen a significant increase in the percentage of rides that begin or end at a metro station. Since launch, and to match the demand, we have seen supply grow three times, but it still remains limited as per our agreement with the RTA,” Mr Khoury said.

Uber is required to offer fares that are at least 30 per cent higher than regular cabs according to the terms of its licence with the RTA.

The RTA did not respond to questions about whether the service would be made permanent.

The company has been involved in talks with transport authorities as part of the city’s Vision 2021 programme, and to introduce cheaper transport across the emirate.

“The best option would be if there are better walkways from the metro station or more buses so in good weather we would not even need a cab,” said Ms Dev.

“Anything that reduces how much we pay on taxis is a good move.”

“Studies conducted in North America and Europe show that ridesharing companies reduce vehicle reliance and increase public transport use, which reduces congestion, and in this short time we are already seeing the potential for this to happen right here in Dubai,” he said.

When the pilot service was announced in April, Abdulla Yousef Al Ali, chief executive of the RTA’s public transport agency described it as encouraging news.

The RTA aimed to expand the integration of public transport, including metro, tram, public buses and marine transport, he said, adding that the low-cost Uber was part of smart mobility plans.

“Smart mobility is a key pillar of every smart city and the provision of economic solutions is an integral element of smart mobility. The pilot will offer an affordable option for residents to move around Dubai and encourage a larger pool of people to reconsider car ownership, instead opting for more convenient and efficient transport solutions, which we believe would translate to a happier city,” he said.